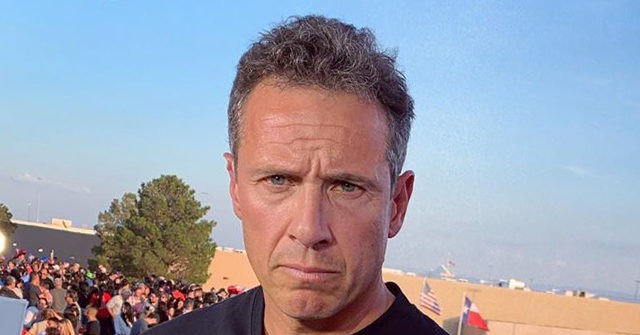 Wednesday, during his opening monologue, Fox News Channel’s Tucker Carlson demonstrated that while CNN’s Chris Cuomo had publicly been a staunch supporter of the public’s use of masks to contain the spread of COVID-19, Cuomo personally was not always wearing one himself when in public.

Carlson offered proof by relaying a letter from Cuomo’s apartment complex that accused the CNN anchor of not donning while at his residence entrance and public areas.

The Fox News Channel host said this was notable not only because Cuomo had been using his CNN platform to promote mask usage but also because his brother was Gov. Andrew Cuomo (D-NY), the one responsible for the mandate Cuomo’s home state of New York.

CARLSON: Tonight, we’ve got an amazing example of this. It’s a story worth putting in the museum of hypocrisy. Right next to Bernie Sanders’s private jet and the automatic weapons Mike Bloomberg’s bodyguards carry. This is a good one.

The protagonist of the story as is so often the case is one Christopher Charles Cuomo, primetime anchor on CNN, brother of a sitting governor.

If there was a shrine to the patron saint of paper surgical masks somewhere in the countryside of Portugal, Chris Cuomo would go there each summer. He would crawl on his knees if he had to, such as his devotion. Here’s Chris Cuomo sharing his faith.

If we care about doing the right things, I wear a mask for you as much as I wear it for me. I had the disease.

You need to wear a damn mask, and you have to take care of other people in your community. And it’s got to be about us because that help is not going to come from above.

CARLSON: “I wear a mask for you as much as I wear it for me.” Chew on that for a minute. It’s a powerful statement, if you think about it. It shades the Beatitudes, or maybe the letter from Birmingham Jail. It’s deep.

This man is suffering for us and for our sake and all on a cable news salary. There’s something holy about that.

But the question is, is it real? Is this man actually Dietrich Bonhoeffer, or is he Jimmy Swaggart? It’s pretty clear what his building superintendent thinks.

This show has obtained a letter from the management of Chris Cuomo’s New York City apartment building. The letter in question is addressed directly to Chris Cuomo. The date on it is August 6, 2020. Here’s what it says. Quote, “Dear Mr. Cuomo, as I’m sure you know, because of the ongoing COVID- 19 health crisis, on April 15, 2020, Governor Cuomo issued Executive Order 202.17, which requires anyone over the age of two to wear a face mask or cloth that covers their mouth and nose while in a public space.”

Okay, that’s how it starts. It’s a fair guess that Chris Cuomo already knew that because after all, he is the mask guy. And of course, his own brother issued the order. So with that in mind, listen to how the letter continues, quote, “You have been observed entering and exiting the building and riding the elevator without the required face coverings. Even though staff members have asked you to comply with this requirement, you have refused to do so. This is a violation of the Executive Order building policy, and it places other residents and our staff at risk. There are no exceptions to this rule and you are required to comply.”

The letter goes on to threaten Chris Cuomo with a $500.00 fine if he continues to endanger his neighbors in the city with his masklessness. That’s what the letter says.

Let that sink in for a moment.

Now, at this point, we can guess what you’re thinking. This has got to be Russian disinformation. Vladimir Putin hates masks. Obviously, he is Vladimir Putin. He is bad. Bad people don’t like masks. It’s that simple.

And Putin would like nothing more in the world than to discredit Chris Cuomo because Chris Cuomo is this country’s foremost and most fearless defender of mask goodness. So of course, that’s what we assumed was going on. Obviously, we read the news.

But then we did some reporting. In short order, and honestly, it pains us to tell you this, but we have to. This show has confirmed that the letter is in fact real. It’s not a Russian plant. We called the building manager and she spoke perfect English, not a hint of Slavic inflection. Clearly, not a Russian agent.

In fact, she admitted writing the letter. We should tell you that she became upset when we mentioned Chris Cuomo by name, but we don’t blame her for that. You don’t want to tangle with the man who did squat thrusts while eating lunch. You don’t know what might happen.

But you do wonder about Chris Cuomo. And you worry. Will his brother have him arrested?

Back in May, we learned that very well could happen. In New York, no one is above corona law.

GOV. ANDREW CUOMO (D-NY): I think it’s disrespectful of people not to wear masks. I mean, think about it. Do I think local government should be enforcing it? And should there be sanctions? Yes. Yes. Because it is a public health emergency and I think there should be a penalty, because you could literally kill someone. You could literally kill someone because you didn’t want to wear a mask.

CARLSON: “You could literally kill someone,” that’s coming from Andrew Cuomo, keep in mind, who knows more than a little about literally killing people in New York. You could say, it is his specialty. But we don’t expect Andrew Cuomo to ship his brother to Rikers.

Chris Cuomo is a good person, so the idea is, he deserves a fourth chance. Watch him make his own case.

C. CUOMO: All right, so while most Americans are staying inside or should be, right, if they’re not out protesting like fools. They’re not happy about being told to stay home.

And the rest of us should be staying at home for our mothers and the people that we love, and to keep us farther apart, will ultimately bring us closer together in this cause.

No matter where the virus goes, the way to stop it will always be the same: our collective conscientious actions, staying home.

CARLSON: You know, you’ve got to feel for the guy. We’re mocking him, but let’s take this to a deeper more human level. Imagine being him.

By day, there he is giving you more sermons about how you must wear masks. But by night, he is wandering maskless through his own building, endangering his neighbors and ignoring demands that he put on a mask.

Chris Cuomo must be deeply upset with Chris Cuomo, which of course we already guessed from his exercise regimen. It’s not an exaggeration to say that Chris Cuomo is a man at war with himself.

How will this end?