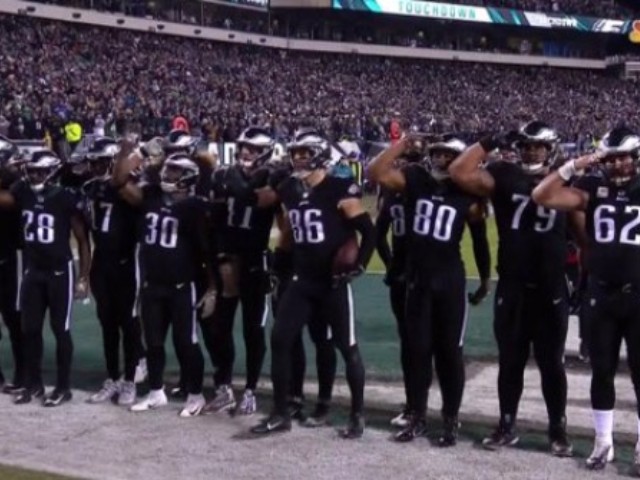 The Eagles offense struggled on Sunday night, and put up their fair share of bad plays. However, their celebration game was definitely on point.

The defending Super Bowl champs hosted the Dallas Cowboys on Sunday Night Football. Which, also happened to be on Veterans Day. While the first part of the game brought forth precious little in terms of offensive output. The second half saw a burst of scoring from both teams and, a salute to our veterans from the entire Eagles offense:

The Eagles with a fitting Veterans Day TD salute.

The NFL has certainly done its fair share of damage in tarnishing the celebration of our flag, anthem, and military, by protesting during the national anthem. However, with those protests having all but disappeared, it would be good for the NFL to work towards resuming its former place as the primary celebrators of our flag and country, in American sports.

Sunday night was a good start.