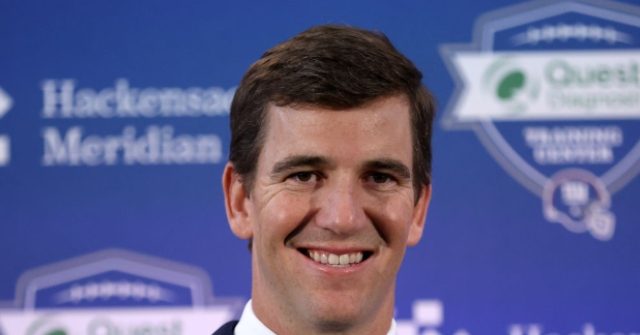 During a segment with former NFL player Chris Long, Manning began discussing his experiences playing in front of Eagles fans while he was with the Giants.

“You go to Philly, and you’re getting the double bird right away from a 9-year-old kid,” Manning said as he held up his middle fingers. “I would give the bird – I don’t know, can we do that? I’m sure we can blur that out, right?”

Eli Manning with the double bird on live TV. 😂 pic.twitter.com/LPU41kdFVO

Of course, ESPN could have blurred out Manning’s middle fingers had they known he was going to do that.  Or, if the show had been prerecorded. But, as quick and as technologically advanced as media has become, it’s hard to immediately blur hand gestures on live television.

The Manningcast has become quite the sensation on Monday Night Football. Despite generating relatively low ratings in Week 1, the numbers shot up dramatically during Week 2.