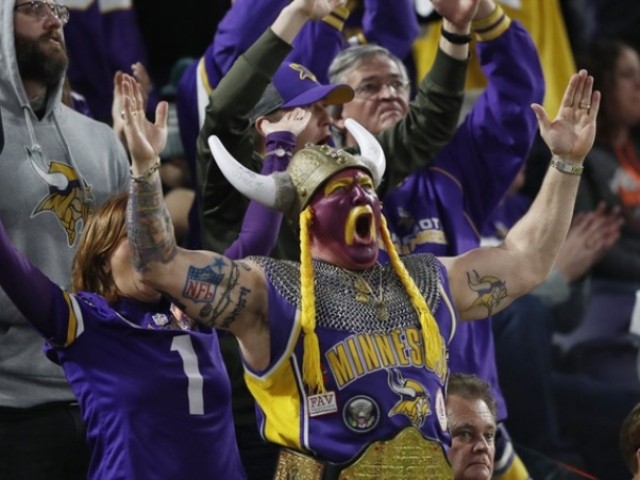 Proof of this truism came on Sunday Night Football as a significantly older Vikings fan attempted to put a slow-motion sleeper hold on a young Packers fan, who was apparently being too boisterous.

The Packers fan seemed more perplexed than alarmed, by his predicament. Which could mean that the entire video is staged. Or the reality of this heated rivalry — fueled by alcohol and and playoff implications — is just so crazy that it might be true.