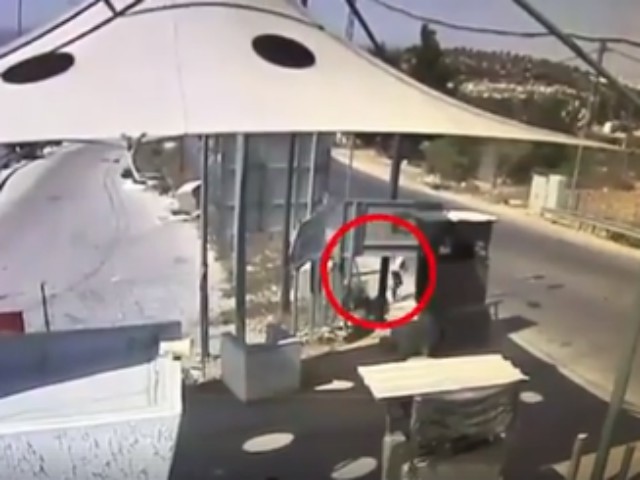 Ynetnews reports: An 8-year-old Palestinian boy threw a knife at an IDF soldier at a checkpoint near Route 443 in the West Bank before fleeing the scene on Thursday afternoon. No injuries were reported and the IDF troops searched the area to locate the child.

The report “little boy running” can be heard on the radio in the security footage of the incident.  According to the IDF assessment, the boy is a resident of the nearby village of Beit Ur al-Tahta near Ramallah.

“A Palestinian minor pulled and threw a knife at an IDF soldier at a checkpoint near Route 443. The IDF forces are searching the area to locate the suspect,” said the statement released by the IDF Spokesperson’s Unit shortly after the incident. Earlier in the day, a Palestinian hurled an explosive device at Israeli soldiers during a military operation in Qalqilya.