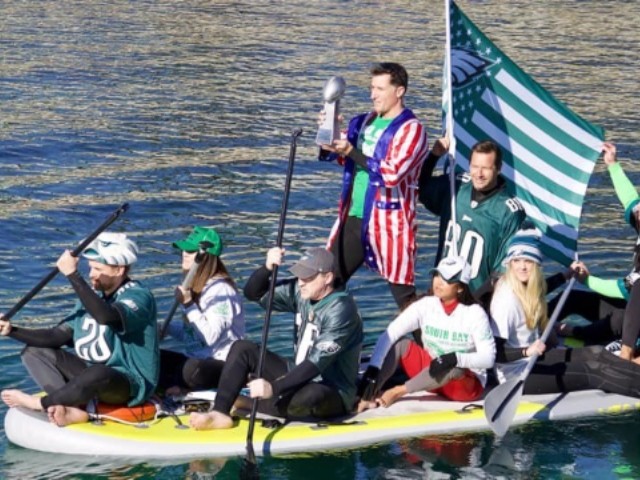 Fans can get downright creative when it comes to finding ways to cheer their team to victory in the postseason. Extra points are awarded if you work history into your act.

Some Eagles fans in Chicago definitely qualified for those extra points on Sunday afternoon.

A couple hours before the Eagles took on the Bears in their NFC Wild-Card match-up at Soldier Field, a bunch of Eagles fans recreated Washington Crossing the Delaware. Except, in this particular revision, it was the crossing on Lake Michigan.

Eagles fans are certainly drawing on all types of historical powers to will their team to victory in Chicago. Of course, there are some historical inconsistencies. Washington did not have his back-up in command when the Continentals crossed the Delaware. Also, unlike the Hessians, the Bears are not likely to be drunk.