A drag queen who helped organize a “Drag Queen Story Hour” for Louisiana preschoolers admitted the event’s purpose is “the grooming of the next generation.”

“I am not there to push any kind of agenda,” Dylan Pontiff, a gay man who helped organize a “Drag Queen Story Hour” event at Lafayette Public Library, told the Lafayette City-Parish Council at a September 17 meeting.

Pontiff, who uses the name Santana Pilar Andrews when dressed in drag, continued:

Pontiff, who also performs for adult audiences using what he described as material he compared to an R-rated film, told the council that he should also be able to have access to preschool children because he knows how to “filter” himself.

“I can go in and entertain adults in a club and also entertain a group of students and young children,” he said. “I’m able to do that because I’m an adult and able to filter myself.”

Pontiff described himself as someone who has been bullied and received “hate,” and brings those experiences to the drag queen reading events he does with young children.

“We’re trying to raise people to be loving and caring individuals, and I really hope that this event is going to do that for not only just the children have this event, but children in the future,” he said. 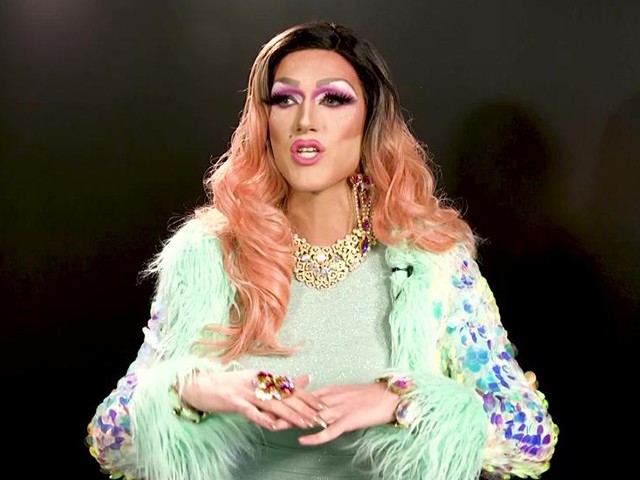 Pontiff’s comments drew some shocked reactions from attendees at the council meeting – the purpose of which was to consider a motion to denounce the Drag Queen Story Hour program, originally planned for October 6, as inappropriate for children.

“Unfortunately, the Drag Queen Story Hour program is turning public libraries into platforms to advance the transgender revolution, places where pro-homosexual activists are given access to children as young as three,” John Ritchie, director of TFP Student Action, told LifeSiteNews.

As the pro-family news site reported, though the motion to denounce the program was called “hateful” and “discriminatory” by its critics, a decision by the council would not have been binding on the public library. Most of the council members declined to vote on it and the motion was ultimately scuttled.

The story hour event was to be moved to South Louisiana Community College, where members of the fraternity Delta Lambda Phi were expected to dress up in drag and read to the children. However, as the Lafayette Daily Advertiser reported, the event was ultimately postponed indefinitely due to security concerns.

Community member Leslie Alexander said the library should have consulted with the public before scheduling the event.

“This is not about tolerance or anti-bullying,” Alexander told the Advertiser. “It is a direct and intentional effort to create gender confusion and doubt among very young children at the very time they need solid guidance and understanding. The intent is to plant a seed to make children more likely to question their sexuality or gender at a later age.”