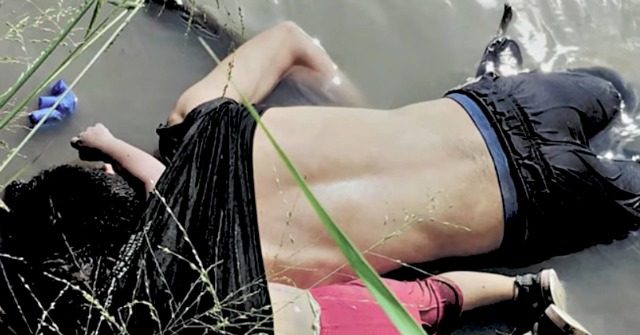 A shocking new documentary made by a lifelong Democrat exposes the problems with illegal immigration and how coyotes are using Democrat presidential candidates’ words to recruit illegal border crossers.

Namrata Singh Gujral directed America’s Forgotten, which was released via streaming and DVD on Friday. The film contrasts homeless veterans in the Los Angeles area with migrants coming across the southern border, and how Democrats are seemingly more concerned with helping the latter.

Gujral told The Kyle Olson Show this week she heard of a father and daughter who drowned attempting to cross the Rio Grande illegally into Texas. When she sought details, she found a story of an Indian girl who also died while attempting to cross from Mexico into America.

Gujral was in India working on another project and decided to “go tell her story from the standpoint of, ‘let’s talk about the persecution or violence or poverty or the angst that people feel where they have to put their lives in so much danger to get to the U.S.’”

What she found is the Indian girl, named Gurpreet, defied that narrative.

Gujral said 95 percent of migrants seeking asylum on the southern border are not affected by those conditions.

Migrants will often be shepherded through several countries by coyotes, many migrants paying as much as $80,000 per person just to get to the U.S./Mexico border.

“So you’ve got to have that kind of money to be able to even get here,” she said.

“The truly impoverished in any of these countries never make it to our borders.”

Regarding a moment in the film that shows coyotes playing a clip from a Democrat presidential debate about health benefits for illegals, Gujral said, “This is how they ensnare people to pay them all that money from all over.”

She likened it to “the carrot.”

Gujral said she does not believe Democrats are doing it intentionally, but, “The coyotes and the smugglers literally take this messaging” and convince migrants to use their services to get to America.

“Every time my party unfortunately comes up with something as an ‘Let’s give coronavirus help to the illegal immigrants,’ … people look at it like, ‘this is where I need to be,’” she said.

Gujral told The Kyle Olson Show the crew voluntarily withheld their credits from the film because they are “sick and tired of what Hollywood is putting out, but can’t say so because this is where the jobs are.”

She said many concluded the film was “too political; this is going to destroy careers.”

Gujral said about 60 people worked on the project, but her name was the only one associated with the film.

The movie can be watched at AmericasForgottenMovie.com.