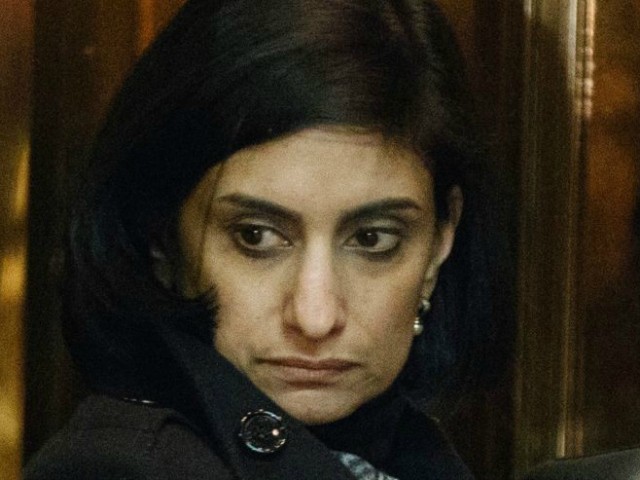 Democratic National Committee (DNC) chief executive officer Seema Nanda admitted on Tuesday she does not know how to pay for the socialized medicine scheme known as Medicare for All, estimates of which are somewhere between $32 and $38 trillion.

Nanda, during Yahoo Finance’s “All Markets Summit: America’s Financial Future” event in Washington, DC, on Tuesday, admitted she does not know how to pay for Medicare for All despite a significant plurality of Democrats backing the single-payer plan.

It would be very expensive, so, if this is going to be a winning issue for Democrats in 2020, how do you answer the question of how are you going to pay for this? Because there have been studies, credible studies that say it would cost three trillion dollars a year, you would have to double everybody’s taxes or maybe triple everybody’s taxes. How do you answer the cost question?

“I don’t think we’re there yet,” Nanda admitted.

The DNC chief then pivoted to attacking Republicans over their tax cut legislation, suggesting they planned to cut spending for Medicare, Medicaid, and Social Security.

“So, you know, your answer is I don’t know how we’re going to get there, but these are all big conversations that we need to be engaged in,” Nanda added.

Nanda’s admission that she does not know how to pay for Medicare for All raises questions for House Democrats as they just regained power in the House Representatives, and some progressives will push for the socialized medicine scheme in the new congressional term.

Progressive Rep. Pramila Jayapal (D-WA) said on Tuesday she has pushed for a hearing to discuss Medicare for All. Jayapal, the chairman of the House Medicare for All Caucus, will likely face political headwinds as the House Democrat leadership has shown little interest in bringing the legislation to a vote.

Paying for Medicare for All remains a daunting task for Democrats. Multiple studies have estimated that the plan would cost between $32 and $38 trillion. Mercatus Center scholar Charles Blahous released a study in August that found that Medicare for All will cost $38 trillion over the next ten years, contrary to Sen. Bernie Sanders’ (I-VT) claim that the plan would save America money.

The Associated Press (AP) even noted that the socialized medicine proposal would require “historic” tax increases to pay for the single-payer healthcare proposal.

Sen. Bill Cassidy (R-LA) said that Medicare will soon become bankrupt and that adding half of the country to the government health care program will not improve anyone’s health care.