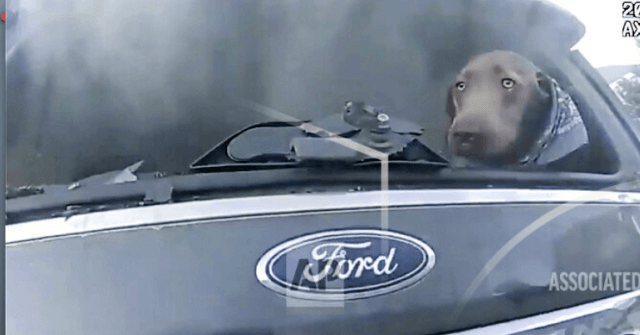 “He starts screaming my dog’s in the car, and that I mean flipped switch from it’s obviously not a crime, now we have a life,” Gregorek recalled during an interview with the Douglas County Sheriff’s Office (DCSO).

Moments after exiting his own vehicle, Gregorek broke a window using his retractable baton in hopes of getting the dog, whose name is Hank, out of the burning SUV.

When he learned the pup might be in the back part of the vehicle, he went to the rear and busted the window. He was finally able to grab hold of the frightened dog while his worried owner watched.