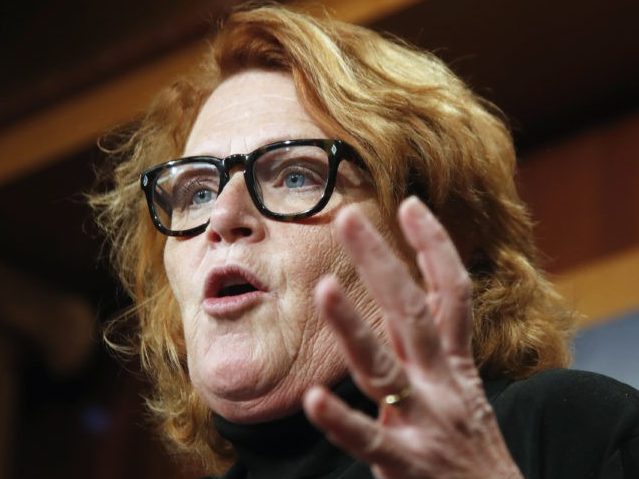 A new Project Veritas video released on Tuesday night shows Sen. Heidi Heitkamp’s (D-ND) staff exposing her as being far-left, despite her efforts to appeal to voters as a more moderate candidate.

Staffers in Heitkamp’s Fargo, North Dakota campaign office admitted to taking down a poster of Obama “when the press comes.” The staffers continued by explaining that Obama’s image is not a good look for Heitkamp as they attempt to portray her as a moderate.

Heitkamp staffers in the undercover James O’Keefe video also said that Heitkamp opposes building a wall along the southern border.

Prescott Robinson, a Heitkamp staff assistant, says, “I think that if we had a Democratic Senate, she would vote for more policies that you see more Democrats support.”

Fifty-sex percent of likely voters said they intend to vote for Cramer, while only 40 percent are in support of Heitkamp.

Strategic Research Associated surveyed 650 likely voters between Oct. 12 and 19 for the poll listed above. Respondents were contacted by live interviewers, with 50 percent of calls completed on a landline telephone and 50 percent completed over a cellular telephone. The final results are weighted based on analysis of available electoral and commercial data.

The margin of error for the complete sample is +/- 3.84 percentage points, with higher margins of error for any sub-group.