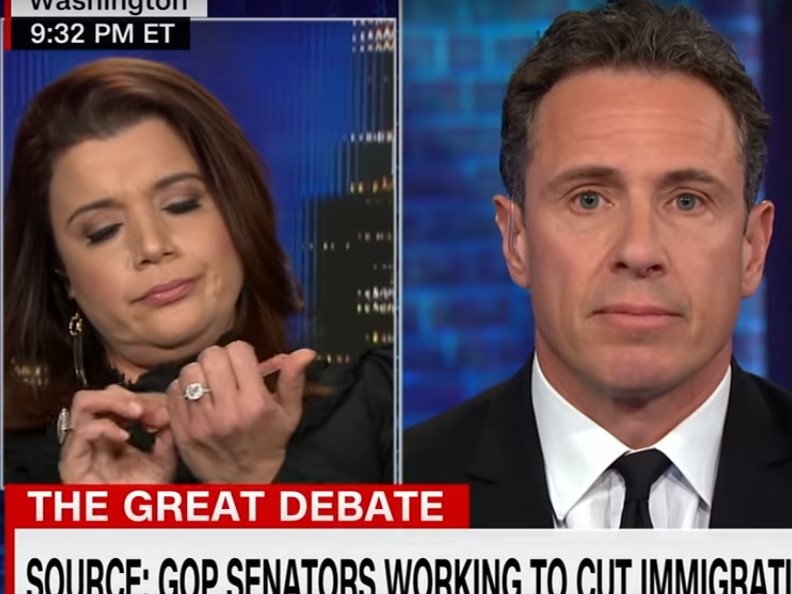 The segment began with Cortes and Navarro, a staunch critic of the president, reacting to Donald Trump, Jr.’s now-deleted tweet that said zoos work because they have walls.

“At the end of the day, Donald Trump, Jr., and whatever he says, can I just file my nails? This is an entitled, rich, spoiled little brat whose only call to fame is being his daddy’s son,” Navarro said.

Cortes went on to defend President Donald Trump’s stance on illegal immigration, saying that “the illegal alien crime rate should be zero.”

Navarro sighed and pulled her nail file back out.

“You can do your nails,” Cortes told her. “You know who can’t do their nails are people who have been killed, Ana, by dangerous known illegal aliens who have been allowed to stay in this country because of the leftist policies that people like you promote in so-called sanctuary cities.”