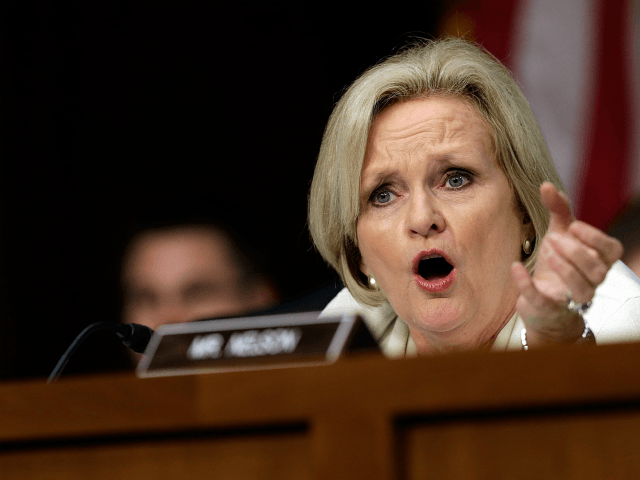 The undercover video montage begins with an unwitting McCaskill gleefully admitting her support for numerous bans, including one of “high capacity” magazines. She proudly states, “I’ve voted for most of those things before.”

Next up in the video, a filed organizer named Carson Pope talks of McCaskill’s openness to a “semiautomatic rifle ban.”

Campaign staffer Nicholas Starost then describes McCaskill’s decision not to have Obama campaign for her: “He’s a very liberal candidate. And like … Claire distancing herself from the party is gonna help her win more votes than it will saying like: ‘Oh here’s Obama, the former president of the United States, to now speak on my behalf.’ Which is unfortunate because I love Obama to pieces, and I’d love to see him come here.”

The Project Veritas reporter then asked about McCaskill and Obama, saying, “And they essentially have the views on everything?”

The Washington Times quoted McCaskill deputy regional field director Rob Mills saying, “She’s worked out stuff with Mom’s Demand Action to make sure that she can support their goals without supporting the organization openly. And you know, Moms Demand Action does the exact same thing. Like a lot of our volunteers are actually from there. She’s really good about strategy.”

On October 4, 2018, Breitbart News reported that McCaskill has an F-rating from the NRA and wants to place numerous new gun controls on the backs of law-abiding Missourians, as well as law-abiding citizens throughout the rest of the country.