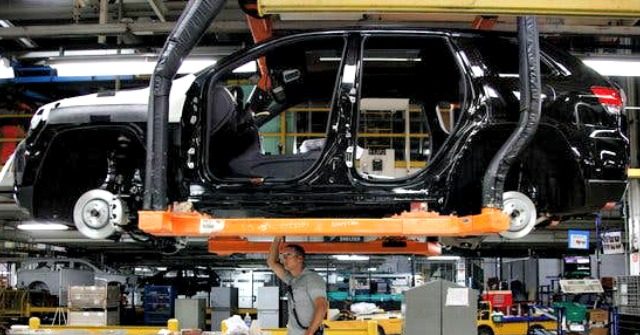 Michigan Chrysler mechanic Chris Vitale said Wednesday that President Donald Trump has “won legions of fans” because he has shown that he will “fight for us.”

Vitale told CNN Wednesday that he has backed the president because he continues to fight for auto workers such as himself.

“The idea that somebody would actually fight for us after being told for years and years, ‘Oh you don’t matter, you’re going the way of the buggy whip, he’s won legions of fans just for doing that,” saying that Trump has won many fans by fighting for auto worker jobs while other presidents and politicians have not fought to reverse America’s declining manufacturing sector.

This massive FCA investment in Detroit shows that the president’s aggressive trade strategy is working to rebuild manufacturing and to make the United States the premier place to manufacture automobiles. The fact that they are expanding the manufacture of engines and complete vehicles in Michigan shows that the steel tariffs were not an impediment to growth. Thousands more jobs will be created to supply these new plants.

“President Trump won because people were more convinced that he cared more about kitchen table issues than Hillary Clinton. That is clear,” Sen. Cassidy told Breitbart News during a press conference Tuesday.