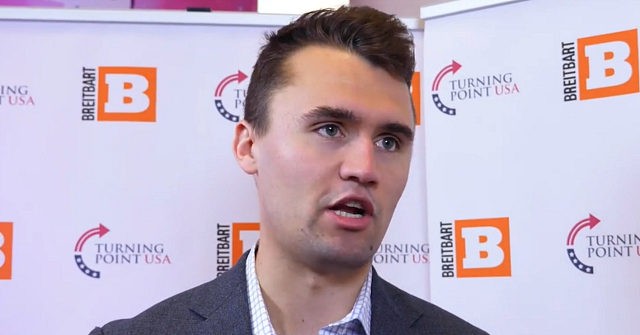 Charlie Kirk of Turning Point USA told Breitbart News on Saturday that “Joe Biden is a Chinese puppet” who will not end up being the 2020 Democrat nominee for president. He said Democrat voters today prefer radical candidates who hold views much farther to the left than those of the former vice president.

Kirk offered his remarks in an exclusive interview at the Young Women’s Leadership Summit in Dallas, Texas.

“Joe Biden will not be the Democrat nominee; he will be devoured by the progressive base,” said Kirk to Breitbart News, “He’s weak, he doesn’t know where he stands on any issue, he has no spirit, he has no energy. Plus, the left, they want someone much more radical.”

“[Biden] is all the things they hate,” added Kirk, “He’s old, he’s white, and he’s a male. They don’t want any of that stuff, and so they are going to do everything they can to destabilize and destroy him. He’s always been a weak politician. Barack Obama made him relevant because he needed an elder statesman that’s been around for a while.”

“Joe Biden has said some of the most horrifically racist things that you could possibly imagine,” added the TPUSA founder, “He was best friends with former KKK leader Robert Byrd, he supported segregation in the 1970s.”

Kirk also mentioned that while he “can’t wait” to see Biden get “destroyed and destabilized” in the Democrat primaries, it is still concerning that the alternative candidates are so much further to the left than the former vice president.

“I don’t think Joe Biden is necessarily as radical as the far-left is. I do think he’s more corrupt,” said Kirk, “Joe Biden is a Chinese puppet; Joe Biden is bought by the Chinese — his son [has] taken a billion dollars from the Chinese into a sovereign wealth fund.”

“The fact that Joe Biden is so weak on China shows that he would rather put Chinese interests above the American interests,” said Kirk, “He won’t be the nominee.”