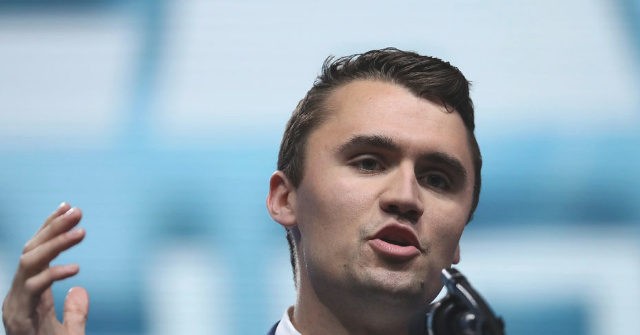 Charlie Kirk of Turning Point USA (TPUSA) told Breitbart News on Saturday at the Young Women’s Leadership Summit in Dallas, Texas, that “one of the greatest threats” to the United States is a well-funded effort from the left to make the Electoral College obsolete and effectively allow for “tyranny of the mob” to decide the outcome of presidential elections.

Kirk noted that the project is well-funded and that its goal is to “essentially [have] states say, ‘We’re going to delegate our electors based on the winner of the national popular vote.’” The TPUSA founder added that 15 states — which total to 189 electoral votes — are already committed to the effort.

“This is such an unbelievable threat,” affirmed Kirk, “If they get this done, our country will never be the same — those us of that believe in freedom, those that believe in liberty, those that love America and what we stand for, we have to stand against the tyranny of the mob.”

Kirk also mentioned that the public should be “very worried” about the project, as he believes it would be legal if successfully pulled off.

“It will be Los Angeles and New York, Malibu and Manhattan, that will have a disproportionate amount of voice in these elections,” said Kirk, “What makes the Electoral College so brilliant and so amazing is that it forces candidates to go to a diverse range of states.”

“When you have the Electoral College, it really forces broad-based coalition buildings,” added the TPUSA founder, “Imagine, if you had a national popular vote, it’s not as if there will be only two candidates; it will become highly fractionalized.”

Kirk noted that while some people say it may be a good thing to break a party up into a plethora of different parties, the problem would be that “no one will win a majority, someone might win a plurality.”

“So you might be electing someone by only winning 20 percent of the vote,” said Kirk, “If you have a runoff, well, then you’ll have these super hyper-focused parties that will only further divide our country. So, we have to understand that a national popular vote — elections would be totally different than we know them today — it wouldn’t be just the two choices that we have now.”

“We’re not a parliamentary system; our government is not set up for that,” said Kirk, “We’re a bicameral system for a reason.”