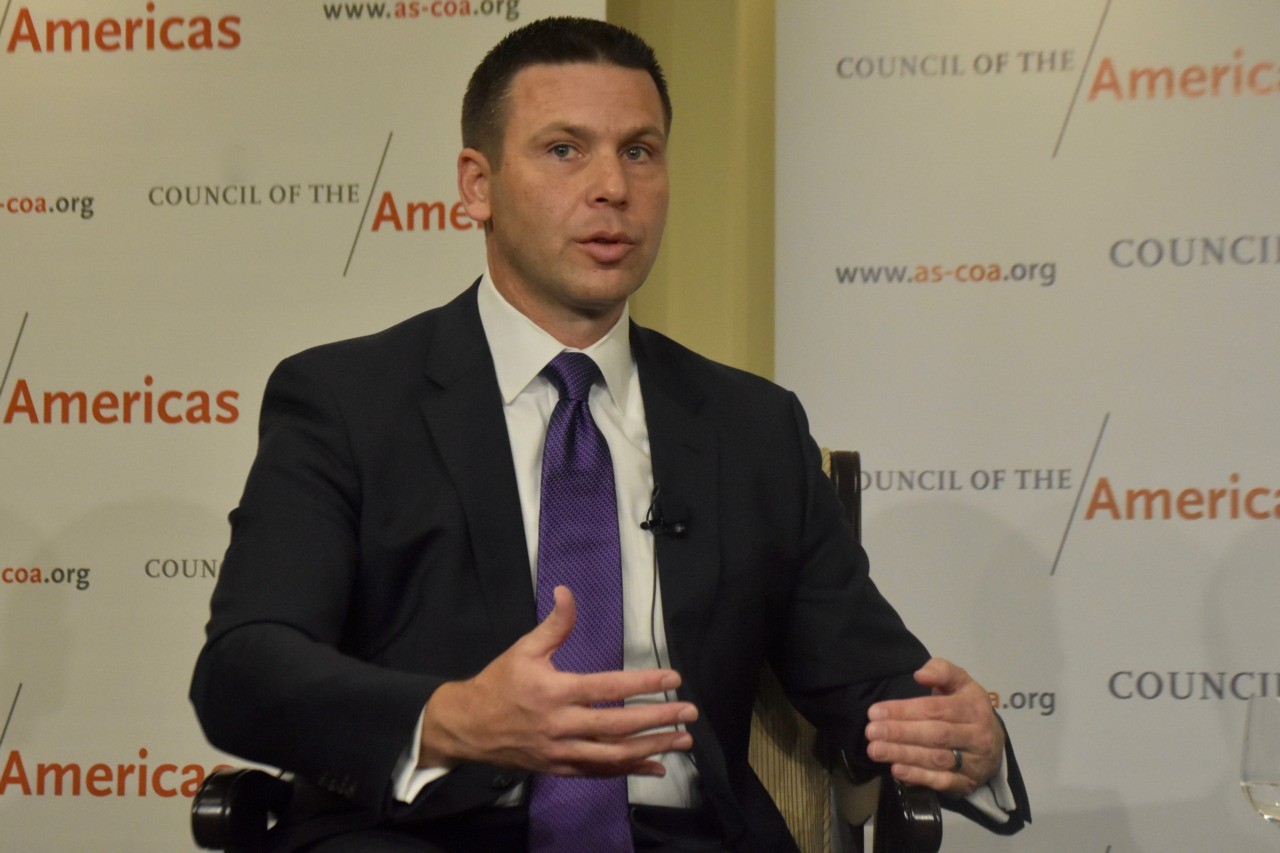 Kevin McAleenan, commissioner of U.S. Customs and Border Protection (CBP), said on Friday that human smugglers in Central America act like “travel agencies” to convince individuals and families to pay thousands of dollars to reach the U.S. border with Mexico.

McAleenan, who made the remarks at the Council of the Americas in Washington, DC, said there must be “awareness and recognition” about what is “actually being advertised by smugglers who start this at the retail level — almost like a travel agencies in communities in Central America, saying ‘If you bring a child with you, you will be released if you cross the border illegally and you’ll be allowed to stay in the United States.’”

McAleenan also said the number of families and children has increased dramatically in recent years and criminal organizations are using these vulnerable groups strategically.

“We know there are criminals and smugglers bringing drugs across in that same sector using that family group as a diversion,” McAleenan said.
If an agent working one sector of the border comes into contact with a large group of families traveling together, that requires the agent’s time and attention, McAleenan explained.

McAleenan said smugglers originating in Central America charge as much as $7,000 for the journey to the U.S border and then criminal groups can charge another $500 to get them across the river.

“It’s a huge profit center for some of the most violent criminal organizations in the world,” McAleenan said.

McAleenan, who was deputy commissioner from 2014 until President Donald Trump nominated him to be commissioner in May 2017, said the number of people trying to come into the United States mostly from Central America had risen sharply in recent months.

The agency released its latest statistics on Thursday, showing that more than 60,000 people tried to enter the U.S. in November alone.

“For the second month in a row we’ve had over 60,000 total — about 85 percent of them coming unlawfully between ports of entry — the other 15 percent presenting at a point of entry,” McAleenan said.

“That’s a significant increase, and it’s been going up month after month since about March of 2017 when we did have a historic drop after the inauguration of President Trump,” McAleenan said.

McAleenan said the demographics of border crossers have also changed from the 2012-2013 time period when more than 90 percent were adult men.

“In November, 59 percent of the arrivals were families or children,” McAleenan said. “So from over 90 percent single adults to 59 percent in November families and children.”

This changing demographic puts a strain on the system, as well as vulnerable populations that are trying to get to the United States.

“So this is not a victimless crime to cross the border illegally,” McAleenan said. “It puts people at risk, it puts our agents at risk, it enables smugglers to bring narcotics and other substances across, and it’s a huge profit center for the most violent criminal organizations in the world.”

And many of the migrants coming to the U.S. are sold false promises by the criminals who bring them to the border.

“We’ve got these really vulnerable populations in the hands of violent criminals, and they’re coming on a promise that they’ll get to stay in the U.S. when really only 10 to 20 percent have valid claims of protection and asylum once the immigration proceeding is complete,” McAleenan said.

Watch the CBP chief explain how just 10 to 20 percent of asylum seekers have valid claims:

McAleenan, who spoke with Eric Farnsworth, vice president of COA, also said during the discussion that many of the problems on the border are statutory and require Congressional action to fix them, including requiring families to be separated during immigration proceedings and the law that allows children to only be held in detention at the border for 20 days.