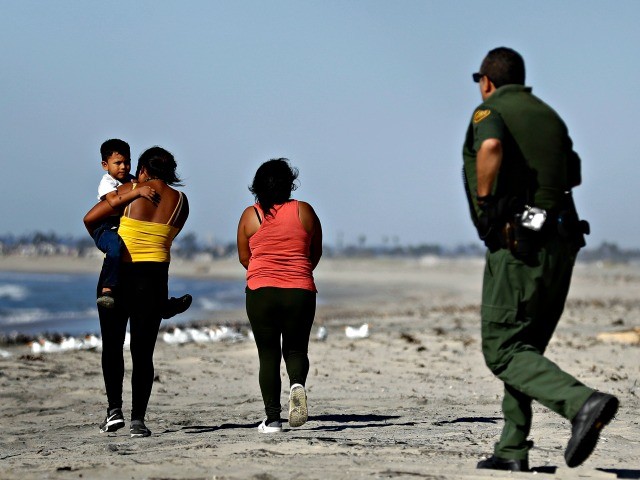 Members of the Central American migrant caravan are trying to bypass the U.S. asylum request process with staged border crossings in Tijuana.

As members of the Central American migrant caravan primarily made up of Hondurans wait their turn to speak to U.S. officials about asylum, others are bypassing the process with staged border crossings filmed by media and open border activists, according to Breitbart News sources and local media.

A Frontera video posted this week captured two migrant groups which apparently consisted of family units, men, women, and children approach the border wall at the bottom of a ravine in Mexico. They cross into the United States by crawling underneath the barrier. The group is accompanied by numerous individuals with cameras. The video, which was uploaded to Facebook, was filmed by a concerned resident of the Playas de Tijuana neighborhood from an elevated vantage point.

After the migrants crossed into the U.S., they can be observed walking up a ravine where they eventually reach a team of U.S. Border Patrol agents to peacefully surrender.

This border crossing occurred a few days before approximately 200 members of the self-proclaimed “Honduran Migrant Caravan” marched to the U.S. Consulate in Tijuana to deliver a letter to President Donald Trump, demanding entry into the United States or $50,000 per person to return home. The demonstrators also asked for the removal of U.S. military installations from Honduras.