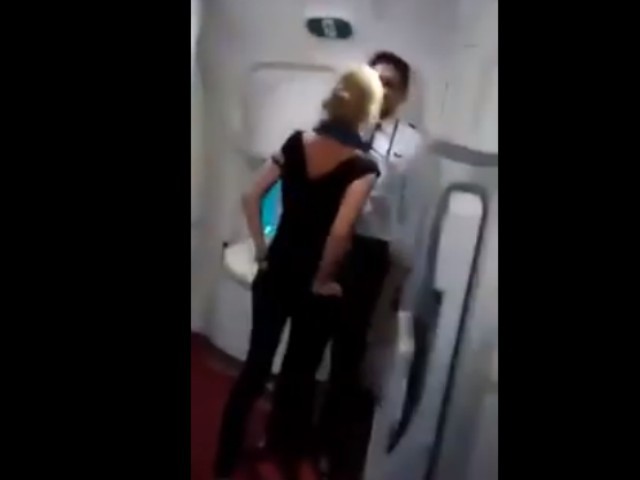 A British boycott Israel activist has been arrested after she launched an expletitive-laden attack against staff on an Air India flight. Her verbal assault came after she was refused her request for more in-flight wine service and the staff appeared to not know how important she was.

Barrister Simone O’Broin, 50, appeared inebriated – or at least overly tired and emotional – when she went on her tirade on a flight from Mumbai to London Heathrow on Saturday, the Mail Online reported.

O’Broin, who worked as a head researcher for the anti-Israel Badil organization as late as 2011, was filmed by fellow passengers telling flight attendants she is a “leader of the f***ing boycott movement,” clapping in the air in front of a crew member. She added: “If I say boycott f***ing Air India, done. Do you understand me? You can’t give me a wee bottle of wine?”

The accused, who co-authored a research paper with former UN Special Rapporteur Richard Falk on human rights in the Palestinian territories, said: “Do you treat business class passengers like that? Who are international criminal lawyers for the Palestinian people?”

Her verbal assault then took a racist turn, when she told the Indian flight crew, who remaind impeccably calm throughout:

“I work for all you f***ing people. … ‘The f***ing Rohingyas, the f***ing people of all Asia, for you, I’m an international criminal lawyer. Don’t get any money for it by the way. But you won’t give me a f***ing glass of wine, is that correct?”

She then called a female crew member “Indian f***ing money grabbing bastard,” shouting that she will “turn you inside f***ing out, you f***ing stupid c***s.”

The video clip ends with the 50-year-old abusing fellow business class passengers for not “standing up against injustice.”

“She was arrested on suspicion of racially aggravated public disorder, common assault, and drunk and disorderly and taken to a west London police station,” a police spokesperson told the Mail Online. She was subsequently released under investigation, the spokesperson added.