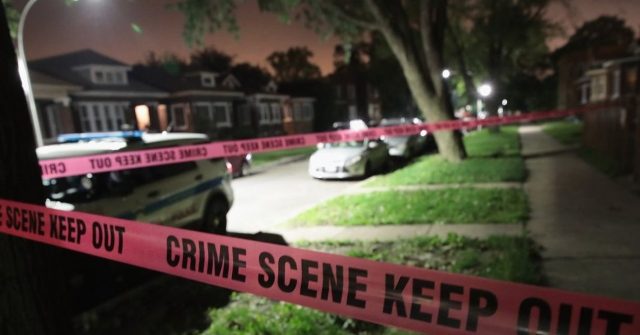 Body cam footage released by the Phoenix Police Department shows how an officer was ambushed Friday, February 11, 2022, after he responded to reports a woman had been shot.

Breitbart News reported the ambush morphed into an attempt to rescue a baby, once a man placed the baby outside the door of the residence, following initial contact with the ambush suspect.

Phoenix police released footage that shows the first officer making contact with the suspect. The suspect can be heard urging the officer to “come on” and get inside to save the woman. As the officer gets to the door the suspect can then be seen allegedly raising a handgun and opening fire.

The Phoenix PD noted, “The officer was hit several times and could not return fire due to severe gunshot injuries to his right arm.”

Feb 11: The moment a suspect ambushed one of our officers responding to a call of a woman shot. He lured the officer to help the woman, then opened fire. The officer was hit several times and could not return fire due to severe gunshot injuries to his right arm. pic.twitter.com/yyr2jA5nKI

The officer radioed he had been shot and other officers responded, four of whom were shot while trying to rescue the baby on the steps.

A total of nine officers were wounded in the incident.

The suspect died from a self-inflicted gunshot wound.