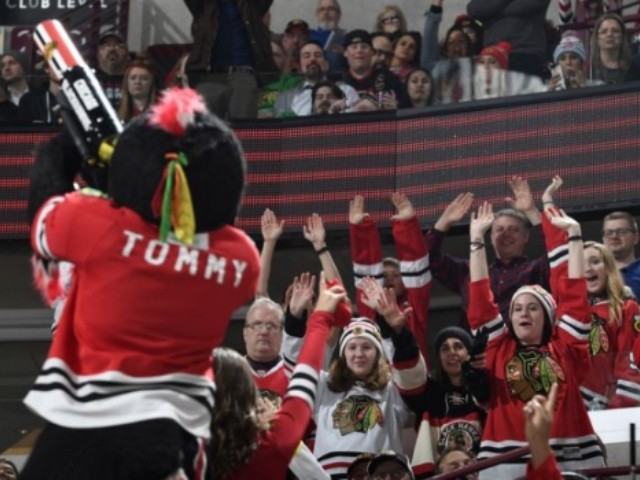 The Chicago Blackhawks have struggled mightily this year, and haven’t given their fans much to cheer about. Now, on top of that, it appears they’ve started fighting their fans.

Though, to hear the mascot tell it, it was the fan who started the whole thing.

In a video tweeted by the Chicago Sun-Times, “Tommy Hawk,” the mascot for the Chicago Blackhawks, can be seen scrapping with a fan.

According to NBC via the Chicago Sun-Times:

Chicago police said the man in the video allegedly punched and put the mascot in a headlock. What happens in the video, then, appears to be the aftermath of that.

In the 24-second video, Tommy Hawk pulls off the body-to-body suplex to get his alleged attacker to the ground before landing some ground-and-pound. He’s then able to get some sort of body lock on him and push him away.