Black conservatives spent Wednesday on Capitol Hill lobbying lawmakers to support the First Step Act, legislation that, according to its supporters, would change federal law to focus less on punishment and more on rehabilitation for prisoners who were given harsh sentences based on mandates likes the “three strikes” law.

In a video, they sent a message to Senate Majority Leader Mitch McConnell (R-KY) (watch above).

Brandon Tatum, director of Urban Engagement at Turning Point USA, thanked McConnell for his efforts to seat Justice Brett Kavanaugh on the U.S. Supreme Court and asked him to do the same to ensure the First Step Act gets a vote on the Senate floor. 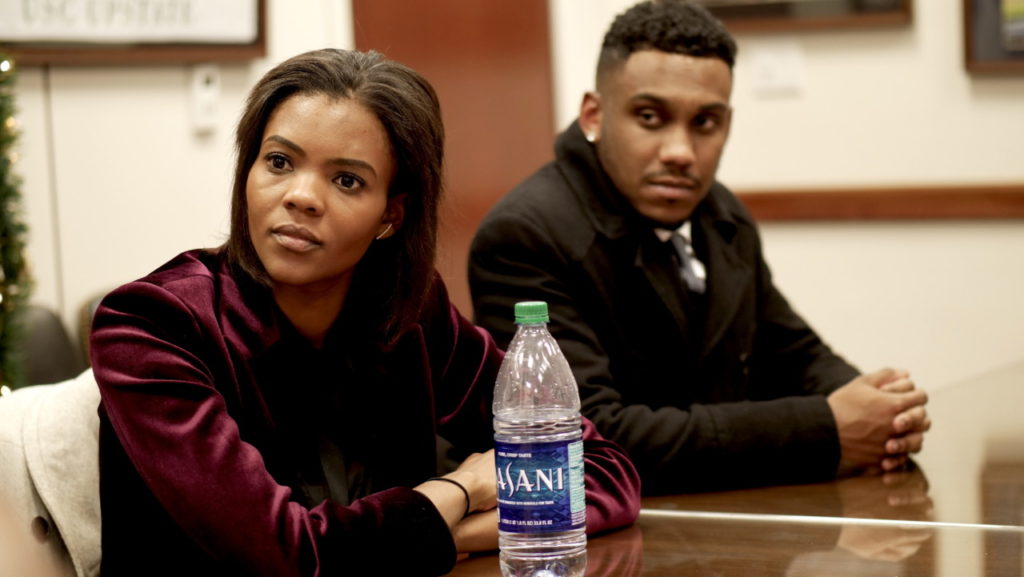 “This will impact our community forever,” Tatum said. “This means so much — not only to African Americans but to all Americans.”

Gianno Caldwell, another conservative in attendance, said his brother is in prison and would benefit from the legislation, which would allow some inmates to take part in a credit system to reduce sentences based on good behavior and other requirements.

“We need the change and we need it now,” Caldwell said.

Today I partner with @RealCandaceO & our fellow black conservatives for a united purpose – #TheFirstStepAct. We will be lobbying Senators on both sides of the aisle on this once in a generation legislation that greatly impacts Black Americans. @senatemajldr move the bill!! 🇺🇸

The conservative activists said tackling criminal justice reform will benefit the Republican party and, in particular, blacks who support it.

David J. Harris Jr. said it would also increase support for the GOP in the black community.

“We really believe that if you make this a priority, black Americans are going to understand — they’re going to have greater respect for the Republican Party,” Harris said in the video message to McConnell, adding that blacks will directly benefit from the First Step Act if it becomes law.

“It’s going to be an amazing thing to get done and you have the power to do that,” Harris said.

Candace Owens, a conservative activist with Turning Point USA, was even more direct in her message to McConnell.

“We are asking for you guys to stand behind us in the same way that we have stood behind you and to help us deliver this win,” Owens said.