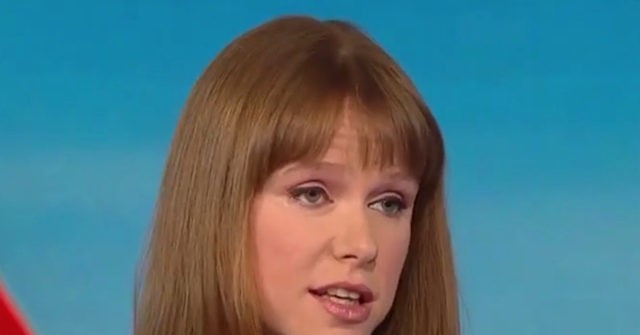 Bedingfield repeatedly insisted Biden’s change of heart is about health care, not politics.

Keilar asked, “Twenty-four hours ago, Biden was on the record, still supporting the Hyde Amendment. Walk us through the anatomy of this decision change. This is a big change of heart.”

Bedingfield said, “Well look, this is not a decision about politics for him. It’s a decision about health care. You heard him say last night that Roe is under unprecedented assault in this country.”

Bedingfield said, “It is an issue about healthcare access, and you heard him say that last night. Roe is under unprecedented assault. You have a Republican-led legislature following Donald Trump’s lead saying on the campaign trail that women who had abortions should be punished. Trying to cut off access, predominantly minorities and women in underserved communities, and so the vice president feels like in this moment of crisis on choice that he does not want to be foreclosing off any avenue for women receiving the healthcare that they need.”

Keilar pressed, “That’s been the argument of people who support abortion rights for quite some time now. We’ve seen a number of significant moves in many states. It’s been going on for months, months before Joe Biden got into the race, so why this change now? Because if you’re trying to convince people that this isn’t about political expediency, which is part of Joe Biden’s hallmark, or as he would hope it would be, then you have to explain substantively how he changes his mind from Wednesday to Thursday on an issue as significant as that, that crosses so many lines, healthcare, yes, for Democratic primary voters, but maybe for general election voters and for the majority of them, it’s also an issue of morality and religion, so what is the substantive explanation for how he changed his mind?”

Bedingfield said, “Look, this was a tough personal decision for him, but the substantive explanation is that the moment that we’re in now is a dramatically different one.”

Keilar interjected, “How did he do it? Did someone give him evidence? What kind of evidence? Did he speak to advocates or women? What was the impetus? What was the inflection point that changed his mind?”

Bedingfield tried to explain by bringing up the Supreme Court, but Keilar continued to press, “But changing from Wednesday to Thursday, explain to us how this happened. Did he speak to an advocate? What was the thing that changed his mind?”

Bedingfield said, “You’ve asked the question a lot of ways, and I’ve answered it.”

Keilar shot back, “I don’t think you’ve answered it, Kate.”

After an extended back and forth, Bedingfield said, “He explained exactly why. He said because of the issues that we’re facing now and as he’s thinking about access to healthcare in his healthcare plan. He said both of those things last night, and he’s somebody who always says what he thinks and what he believes. That’s exactly what he did last night.”

Keilar said, “And he thinks that that’s going to fly as he’s interviewed here in the coming weeks for his interview as a sufficient answer for people who — let’s say Democratic primary voters who are now aligned with the position that he’s in, but have questions about if he’s truly authentic considering his past record when it comes to being more nuanced on the issue.”

Bedingfield said, “I don’t think any voter has a question about Joe Biden’s authenticity. They know him, and they know who he is and know his values. And know when he’s facing a tough decision, when he’s tackling a tough personal decision, he’s going to speak candidly about it, and that’s what he did last night.”