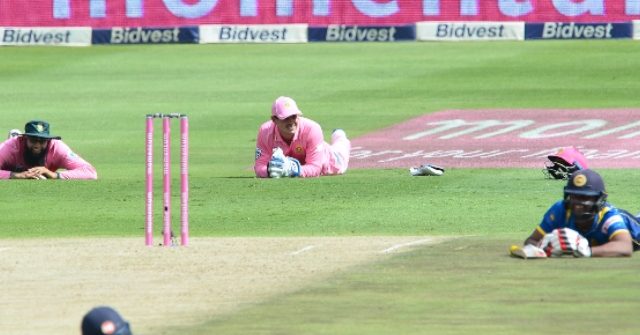 You have to plan for all contingencies when you’re competing in high-level international sports, though, it’s hard to imagine anyone saw this coming.

South Africa and Sri Lanka were facing-off in the Cricket world Cup at Chester-le-Street on Friday, when a swarm of intruders invaded the field. No, not a swarm of cricket hooligans (if that’s even a thing) instead the field was occupied by a swarm of bees.

When last did you see this?

The bees are back again in a South Africa v Sri Lanka cricket match, this time at Chester-le-Street#CWC19 #ItsMoreThanCricket #SLvSA pic.twitter.com/Hr6K9b6f0x

Play was halted, obviously, while groundskeepers and staff used fire extinguishers to expel the unwelcome intruders. Interestingly, the fans in the stands were not impacted by the swarm.

Neither was South Africa, as it turns out, the team from Africa won the game by seven wickets. Whatever that means.