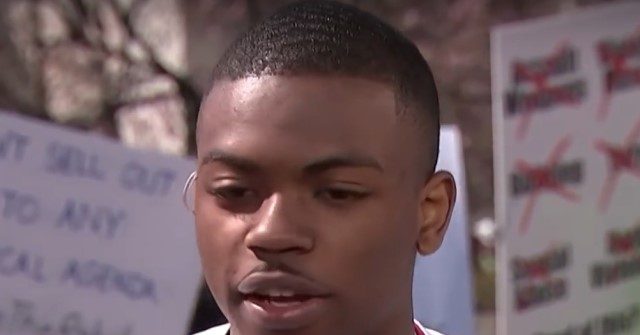 Breitbart News reported that 21-year-old Brown allegedly entered Louisville mayoral candidate Craig Greenberg’s campaign headquarters Monday and fired multiple rounds from a 9mm handgun. Greenberg was not hit by any of the bullets but his clothing was grazed.

WDRB noted that Brown “has been active with Black Lives Matter Louisville and the University of Louisville’s Youth Violence Prevention Research Center.”

A video tweeted by Andy Ngo shows Brown at a 2018 March for Our Lives rally, telling MSNBC’s Joy Reid that Senator Mitch McConnell (R-KY) was going to be voted out of office if he refused to support gun control.

Here is @JoyAnnReid interviewing the shooting suspect/BLM activist/black nationalist accused of trying to assassinate a Louisville mayoral candidate in a shooting. Quintez Brown was an anti-gun advocate in the March for Our Lives protest. pic.twitter.com/1yPM4qr1ek

On July 2, 2019, the Courier Journal published a column in which Brown criticized Kentucky’s move toward constitutional carry, suggesting the pro-2A push proved “your life doesn’t matter to gun-loving Republicans.”