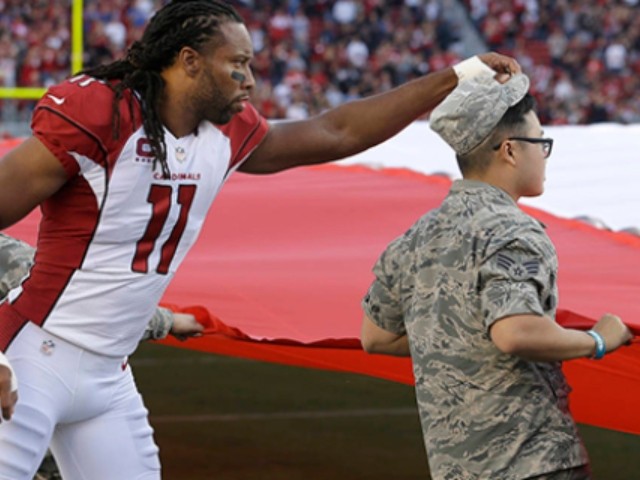 NFL ratings have soared since the divisive anthem protests which roiled the league over the last two years, finally subsided. In place of those protests, there’s been a resurgence of pro-police/military demonstrations and tributes which have led many fans to give the league a second chance.

The Arizona Cardinals have put together such a tribute for their game on Sunday.

To give thanks to those who serve our country, the Cardinals put together a stirring Thanksgiving video tribute to honor America’s veterans:

During the season of giving thanks, we thank those who give the most. #SaluteToService pic.twitter.com/qCaADiCzv3

Our nation’s veterans hold a special place in the hearts of the Cardinals organization. Former Cardinal Pat Tillman left the team in 2002 to join the Army Rangers. Tillman was tragically killed in a friendly fire incident in Afghanistan in 2004. A statue built in honor of Tillman stands in front of the team’s stadium and can be seen in the beginning of the video.

The Cardinals play the Chargers on Sunday at 4:05 Eastern.