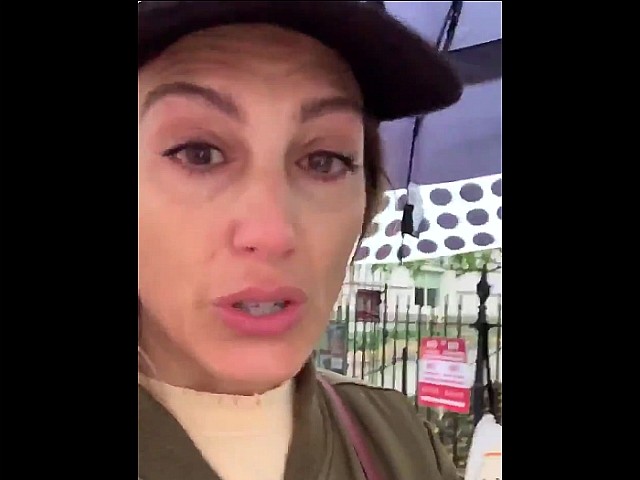 Former Law & Order actress Jennifer Esposito posted a tearful video telling fans how grateful she was to be able to vote on Election Day.

Jennifer Esposito told fans in her November 6 video that it is important to get out and vote for “hope.”

“Such an important thing,” the NCIS actress said in a trembling voice, “I voted, brought tears to my eyes. I just want for better for everyone. And, um, feels good to be able to, to be able to say something and hope that things change. Go out and vote.”

Anyone else sob after voting? Praying for better !! #vote pic.twitter.com/EmwLTg3JFK

Like many in Hollywood, Esposito’s Twitter feed is filled with virulent anti-Trump tweets, advocacy for left-wing candidates., and links to stories by the leftist MSNBC.

Esposito recently lamented that she is “not white enough” to get a lot of acting work in Hollywood.

The actress, who is of Italian descent, recently took to Twitter to say, “Too many to list #shareyourejections its either I’m not white enough or not ethnic enough. Can’t make this shit up.”

Too many to list #shareyourejections its either I’m not white enough or not ethnic enough. Can’t make this sht up.

In August Esposito also joined a long list of leftist actors who went on the attack against President Donald Trump’s daughter Ivanka.

The campaign sought to push the presidential daughter and policy adviser to put an end to the administration’s immigration policies and to have Secretary of Homeland Security Kirstjen Nielsen fired.

***UPDATE***
Esposito had a message for social media users who knocked her for posting a video about how voting brought her to tears.