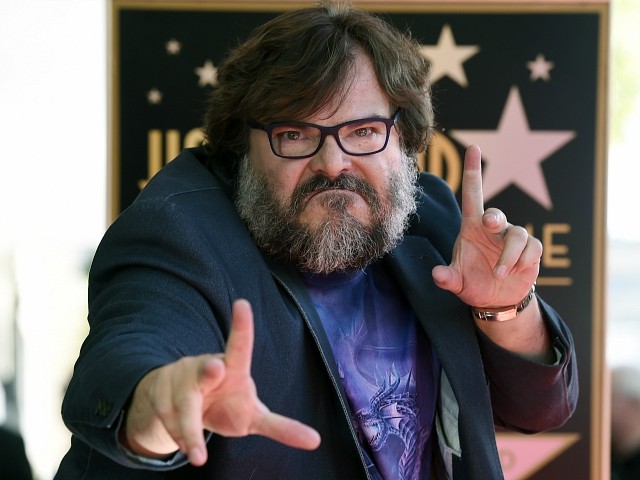 Actor Jack Black went after President Donald Trump Tuesday while delivering remarks for the unveiling of his star on the Hollywood Walk of Fame.

“I love you all so much,” the Jumanji: Welcome to the Jungle star said, wrapping up his speech, in front of a small audience.

“Except for Donald Trump’s a piece of sh— ! Peace out, love you!” Jack Black concluded.

Tuesday’s remarks were the first time in more than a year Black had publicly taken shot at President Trump.

Last February, the Kong Fu Panda star said he hoped actress Meryl Streep would win an Academy Awards so she could take the stage and rip into President Donald Trump like she did during her Cecil B. DeMille Lifetime Achievement Award acceptance speech at the Golden Globes a month earlier.

“Is Meryl Streep in the audience tonight?” Black said last year from the stage at the BOVET 1822 and Paul Haggis’s Artists for Peace and Justice inaugural “Songs from the Cinema” benefit concert.

“I just hope she wins the Oscar and talks some more shit about that asshole,” Black added.

Elsewhere in his acceptance speech Tuesday, Black revealed how much he wanted a Walk of Fame Star and told the crowd that they could expect to see him reprise some of his most famous movie roles.
“I’ve wanted one of these things for so long. Since I was a kid I thought, ‘Oh man, if you get one of those stars on the sidewalk that means you’ve made it.’ And I feel like I’ve finally grasped that sweet brass ring,” Black said. “In the immortal words of Axl Rose, ‘Where do we go now?’”