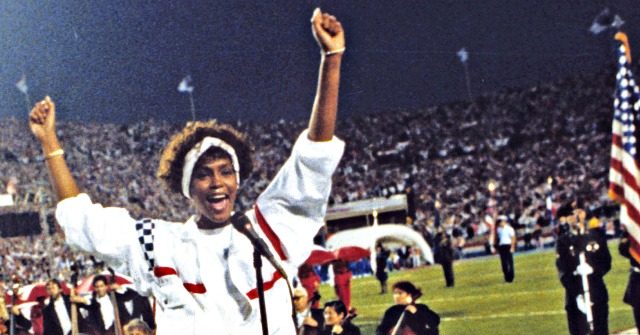 While it has become a source of controversy at sporting events over the last few years, singing the national anthem, derived from the work of Francis Scott Key, remains one of America’s most favored and timeless traditions.

Whether it is performed by a Grammy award-winning artist or an ordinary American, a performance of “The Star-Spangled Banner” is a time when almost all Americans put their differences aside to honor the men and women who defend this nation.

In no particular order, here are seven renditions of America’s national anthem that not to be missed.

1. Whitney Houston at the 1991 Super Bowl, at the height of the Persian Gulf War.

4. Mariah Carey at the 2002 Super Bowl, shortly after the terrorist attacks that occured on September 11, 2001.

6. 7-year-old Malea Emma performs at Pauley Pavilion ahead of a UCLA basketball game, 2019.

In 1916, President Woodrow Wilson signed an executive order which designated “The Star-Spangled Banner” as “the national anthem of the United States.”

It was not until 1991, 100 years after it was composed, that the United States Congress passed a bill that officially made “The Star-Spangled Banner” America’s national anthem.

The anthem was first performed at a sporting event in 1918 when the Chicago Cubs took on the Boston Red Sox in the first World Series game that year.