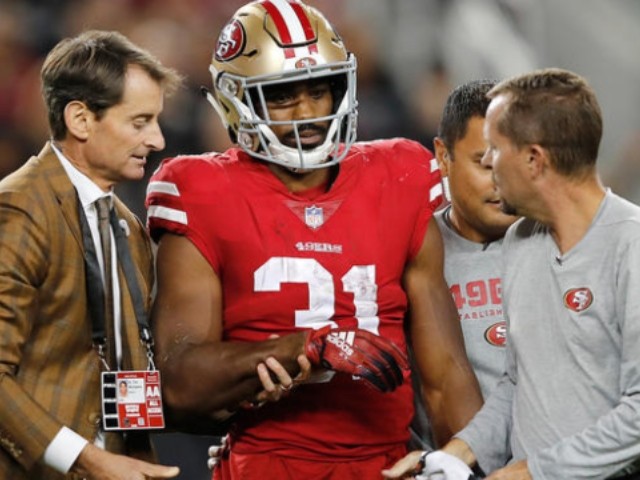 San Francisco 49ers running back Raheem Mostert suffered a shocking arm injury during Thursday’s game, after his arm bent the wrong way as he fell to the turf.

Mostert was attempting to run the ball up the middle in the third quarter when he went down. But according to video of the play, it appears that when he tried to stop his fall, his right arm snapped the wrong way, Fox News reported.

Every player around him from both teams immediately stopped what they were doing as the player writhed in pain on the field.

Video shows a number of player’s faces in deep concern and discomfort over the injury.

The 49ers reported that Mostert broke his arm and is now out for the season. He finished with 86 rushing yards, seven carries, and one touchdown.

The 49ers finished the game with a 34-3 win over the Oakland Raiders.