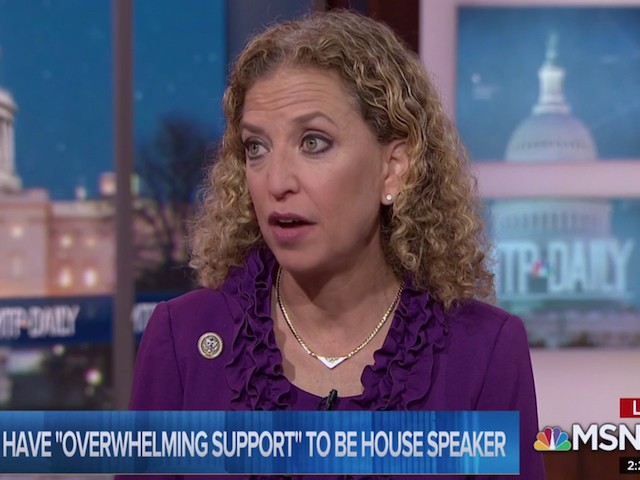 Thursday on MSNBC’s “MTP Daily,” Rep. Debbie Wasserman Schultz (D-FL) laid out her investigative priorities when the Democrats have the majority in House of Representatives in January.

Wasserman Schultz said, “Certainly the Republicans over the last two years have ceded any of their legislative authority and just let Donald Trump and the executive branch run amok. We are going to reassert our role as a co-equal branch of government and hold this administration accountable because he has literally had an executive branch that’s run amok.”

When asked about prioritizing investigations, Wasserman Schultz said, “Making sure that, one, the Mueller investigation is allowed to continue, that’s incredibly important, making sure that we have the ability to get to the bottom, the real bottom of what happened with the Russians, who were absolutely clearly trying to influence the outcome of our presidential election in 2016, and making sure this president, who has consistently violated the emoluments clause and is profiting off the presidency, we hold him accountable for that. Those are the few things that I can think of. But primarily, our members are coming to Congress to make sure we can take care of people, make their lives better and not just take care of the wealthy, which is what the Republicans have done.”