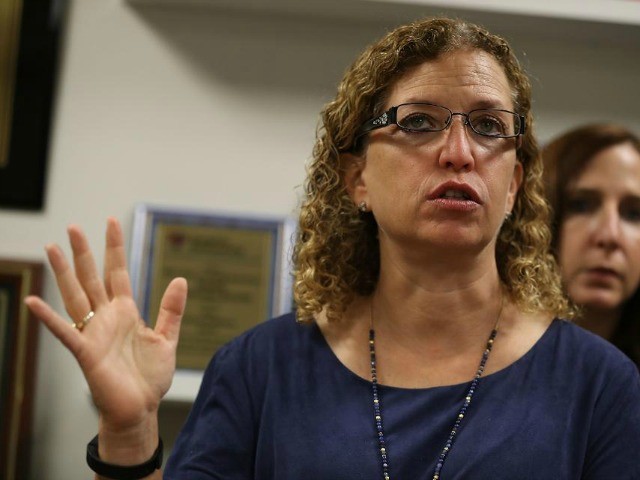 Friday on CNN’s “At This Hour,” Rep. Debbie Wasserman Schultz (D-FL) accused President Donald Trump of stealing money from the military troops to build a wall along the U.S.-Mexico border by securing funds through a national emergency declaration.

Wasserman Schultz said, “My reaction is that it’s repulsive that a chickenhawk like President Trump would steal money from the military troops, damage military readiness and damage national security. All in the name of going around Congress because he didn’t get his way in the compromise deal to build a border wall that is unnecessary, that is an ancient form of barrier for border security. And that the majority of the America people oppose. ”

Bolduan said, “Not to get into the weeds, but you are the chairwoman of the subcommittee that handles funding on military construction, which is the pot of money that Donald Trump is now talking about, $3.6 billion is what the White House says that they’ll be redirecting taking and putting elsewhere.”

Wasserman Schultz said, “He is jeopardizing our readiness, he will jeopardize the safety and security of our troops. And he will steal money from our troops who are defending our border in order to make sure that he can build this border wall. It’s unconstitutional, outrageous, and we are going to use every tool we have at our disposal in Congress to make sure he can’t do it.”