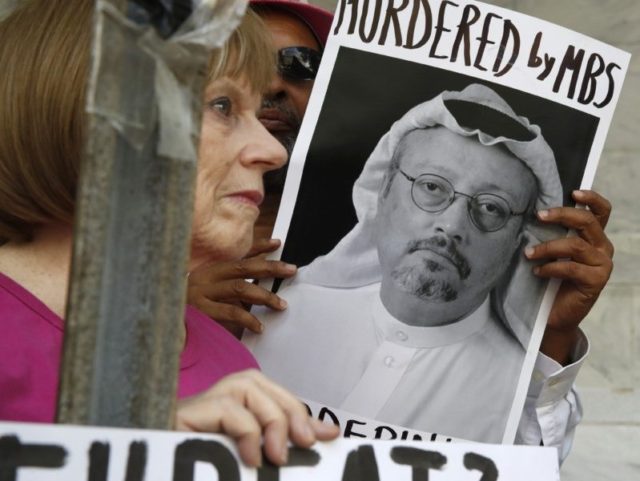 The Washington Post on Tuesday published the final column submitted by Jamal Khashoggi’s assistant before Khashoggi entered the Saudi consulate in Istanbul on October 2. He has not been seen or heard from since.

In the column, Khashoggi expressed his concerns about freedom of the press in the Middle East.

Washington Post Global Opinions editor Karen Attiah explained the article is only being published now because there seems little chance that “Jamal will come back to us so that he and I could edit it together.”

“This column perfectly captures his commitment and passion for freedom in the Arab world. A freedom he apparently gave his life for. I will be forever grateful he chose The Post as his final journalistic home one year ago and gave us the chance to work together,” she said.

Khashoggi began the article by noting that Tunisia is the only country in the entire Arab world classified as “free” in the annual report issued by Freedom House.

The 2018 report was not just gloomy about the Middle East. Freedom House subtitled it “Democracy in Crisis” and found the world mired in a period “characterized by emboldened autocrats, beleaguered democracies, and the United States’ withdrawal from its leadership role in the global struggle for human freedom.”

Khashoggi said the shortage of freedom in the Arab world was a betrayal of the 2011 “Arab Spring,” a time when “journalists, academics and the general population were brimming with expectations of a bright and free Arab society within their respective countries.”

Khashoggi specifically slammed Saudi Arabia and Egypt for suppressing the free press and somewhat-free countries like Tunisia and Kuwait for their reluctance to publish dissident journalism from Saudi Arabia, Egypt, and Yemen while praising Qatar for its support of “international news coverage.” The Freedom House report Khashoggi cited at the beginning of his post also condemned Qatar for its near-total lack of political freedom and noted that its print and broadcast media are “influenced by leading families” and “subject to state censorship.”

Khashoggi’s brief final column concludes with a warning that Arabs have brought a Soviet-style “Iron Curtain” down upon themselves which international media out of the control of autocrats and theocrats can penetrate, such as the Washington Post, which he thanked for publishing his columns in Arabic.

He thought Arabs would benefit from reading about how democracy works in the West: “If an Egyptian reads an article exposing the actual cost of a construction project in Washington, then he or she would be able to better understand the implications of similar projects in his or her community.”

“The Arab world needs a modern version of the old transnational media so citizens can be informed about global events. More important, we need to provide a platform for Arab voices,” Khashoggi concluded.

“We suffer from poverty, mismanagement and poor education. Through the creation of an independent international forum, isolated from the influence of nationalist governments spreading hate through propaganda, ordinary people in the Arab world would be able to address the structural problems their societies face,” he advised.

Naturally, it is difficult to evaluate a column published under these extraordinary stances, when the author disappeared under ominous circumstances and is thought to have been murdered, perhaps even tortured to death because of his political stance and/or his writing. Few would relish the prospect of arguing with a dead man, much less arguing over the details of a call for greater press freedom from a newspaper contributor allegedly killed by one of the authoritarian regimes he criticized.

Having said that, as noted above Khashoggi is very selective about his choice of targets for criticism and praise. One might excuse omitting Iran from the discussion of state-controlled media and journalistic oppression in the Arab world because the Iranians are not Arabs, but plenty of the people in their dungeons are, and the question is really about authoritarianism in the Islamic world, not just Arabs or even the Middle East. And why not mention Turkey, the current world leader in persecuting dissident journalists?

Khashoggi hoped Arabs would benefit from reading international press accounts of political freedom in more liberal countries, but it has been a long time since American or European media presented their host nations as shining examples of classical liberalism.

Critics of the media portrayal of Khashoggi point to his history with the Muslim Brotherhood and Osama bin Laden to argue that he was more interested in using liberalization as a selective political weapon against particular regimes he disliked than making a sweeping non-partisan argument for freedom everywhere in the Middle East. None of that would in any way excuse his murder, or detract at all from the validity of his argument that freedom of press and politics are the only reliable antidotes to authoritarianism.

The seeds of those vital freedoms have yet to take root in the Middle East after decades of determined effort. If anything, the high-tech tools of information control devised by authoritarian states like China and Russia are making it easier than ever for strongmen and dictators to keep their people divided, confused, and controlled.