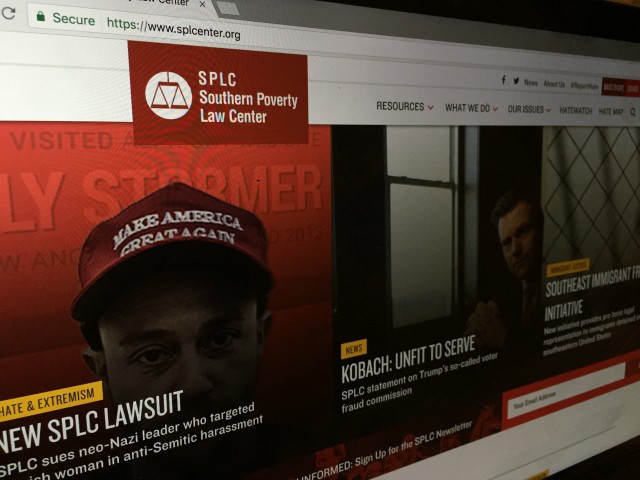 A feature in the Washington Post takes a swipe at the embattled Southern Poverty Law Center (SPLC), one of the country’s most well-funded “anti-hate” organizations. The piece highlights the group’s recent “blunders,” including its failed attempt to brand moderate Islam critic Maajid Nawaz and HUD Secretary Ben Carson as “extremists.”

The Post, despite its largely left-wing editorial line, admitted that the SPLC’s reputation has taken a hit in recent years thanks to its overzealous adding of conservative groups to its “hate list”:

For decades, the hate list was a golden seal of disapproval, considered nonpartisan enough to be heeded by government agencies, police departments, corporations and journalists. But in recent years, as the list has swept up an increasing number of conservative activists — mostly in the anti-LGBT, anti-immigrant and anti-Muslim categories — those conservatives have been fighting back. Boykin, of the FRC, recently sent a letter to about 100 media outlets (including The Washington Post) and corporate donors on behalf of four dozen groups and individuals “who have been targeted, defamed, or otherwise harmed” by the SPLC, warning that the hate list is no longer to be trusted. Mathew Staver, chairman of the Christian legal advocacy group Liberty Counsel, told me 60 organizations are interested in suing the SPLC.

There are signs the campaign is having an impact. Last year GuideStar, a widely consulted directory of charitable organizations, flagged 46 charities that were listed by the SPLC as hate groups. Within months, under pressure from critics, GuideStar announced it was removing the flags. The FBI has worked with the SPLC in the past on outreach programs, but Attorney General Jeff Sessions has signaled a very different attitude. At a meeting of the Alliance Defending Freedom in August, Sessions said, “You are not a hate group,” and condemned the SPLC for using the label “to bully and to intimidate groups like yours which fight for religious freedom.”

The Post went on to admit that the SPLC damaged its own reputation with “blunders”:

Along the way, the SPLC undermined its own credibility with a couple of blunders. In 2015, it apologized for listing Ben Carson as an extremist (though not on the hate list), saying the characterization was inaccurate. Then, this past June, the group paid $3.4 million to Muslim activist Maajid Nawaz and his Quilliam organization to settle a threatened lawsuit. The SPLC had listed them in a “Field Guide to Anti-Muslim Extremists” (again, not on the main hate list). The SPLC apologized for misunderstanding Nawaz’s work to counter Islamist extremism.

The rest of the piece, which can be read in full at the Washington Post, takes a deep dive into the SPLC’s allegations of “hatred” and “extremism” against mainstream conservative groups, including the Family Research Center and the Center for Immigration Studies. The Post interviews representatives of both groups, allowing them to present their side of the story.

Despite the length of the piece, the Post fails to mention other egregious blunders from SPLC, such as its decision to brand Somalian-Dutch activist and female genital mutilation survivor Ayaan Hirsi Ali an “anti-Muslim extremist” and “propagandist.” Hirsi Ali, a self-described feminist, subsequently published an article slamming the SPLC in the New York Times.

The left-wing Post’s concession that the SPLC has been overzealous in its attempts to brand critics of progressive identity politics, Christian groups, and advocates for limited immigration as “hateful” or “extremist” is likely to add to the pressure on businesses and organizations that use the SPLC as a source of advice.

This includes Silicon Valley, where multiple major tech companies work with the SPLC. These include Facebook, Twitter, Google, and Amazon (whose owner, Jeff Bezos, also owns the Washington Post — something the Post discloses in its article).

All of these companies — the first three in particular — have been accused of political bias and censorship, often as a result of an overzealous application of the “hate speech” label. A recent, crazy example involved a YouTuber who was banned for “violence” because he killed a suffragette character in a video game.

With allegations of bias now coming from the president himself, more scrutiny will fall on the SPLC’s role in advising these tech companies. How many of the group’s “blunders” are working their way into the algorithms of Google, Twitter, Facebook, and the other platforms that now control so much of our daily lives?