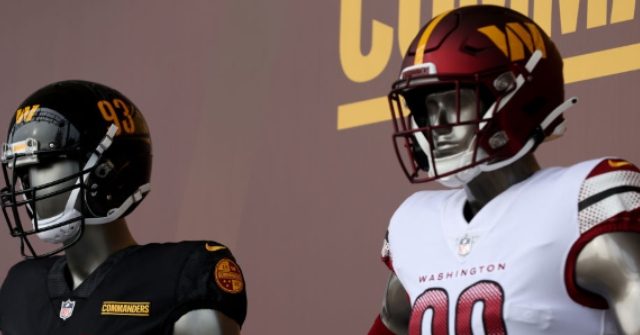 That announcement came Wednesday morning at a packed ceremony that included alumni from championship teams of the past and three mannequins wearing the new Commanders uniforms.

The Commanders also released a promotional video announcing the change:

One legacy. One unified future.

“As an organization, we are excited to rally and rise together as one under our new identity while paying homage to our local roots and what it means to represent the nation’s capital,” team Owner Dan Snyder said in a statement. “As we kick-off our 90th season, it is important for our organization and fans to pay tribute to our past traditions, history, legacy and the greats that came before us. We continue to honor and represent the Burgundy & Gold while forging a pathway to a new era in Washington. Today may mark the first day for the Washington Commanders, but we are and always will be Washington.”

Despite vows to never change the team name, Snyder came under intense political and corporate pressure to change the name following the death of George Floyd.

Former defensive end Charles Mann, who went to three Super Bowls with the Redskins during his career, says he will continue to use “Redskins” when referencing his former squad.

“That’s what we were when we played,” Mann said. “But there’s a new era. New records will be broken. All of that to me is different and fresh and new. I don’t have anything to worry about us being lost or forgotten. We did some incredible things when we played.”