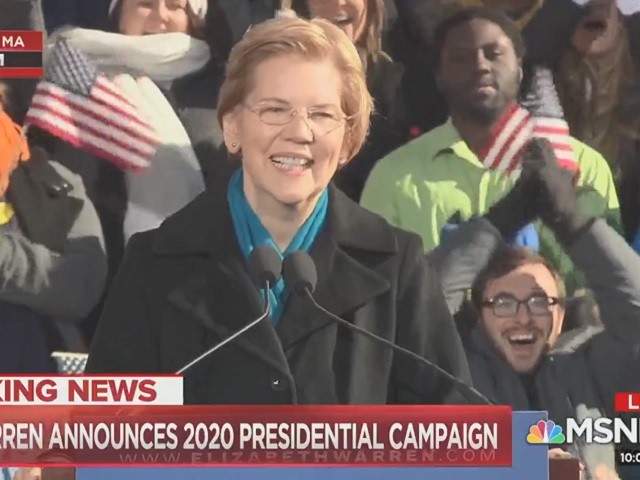 During a speech on Saturday, Senator Elizabeth Warren (D-MA) announced she is running for president in 2020.

Warren said, “We are here to take on a fight that will shape our lives, our children’s lives, and our grandchildren’s lives, just as surely as the fight that began in these streets more than a century ago. Because the man in the White House is not the cause of what is broken. He is just the latest and most extreme symptom of what’s gone wrong in America, a product of a rigged system that props up the rich and powerful and kicks dirt on everyone else. So, once he’s gone, we can’t pretend that none of this ever happened. It won’t be enough just to undo the terrible acts of this administration. We can’t afford just to tinker around the edges, a tax credit here, a regulation there. Our fight is for big, structural change. This is the fight of our lives, the fight to build an America where dreams are possible, an America that works for everyone. And that is why I stand here today to declare that I am a candidate for president of the United States of America.”