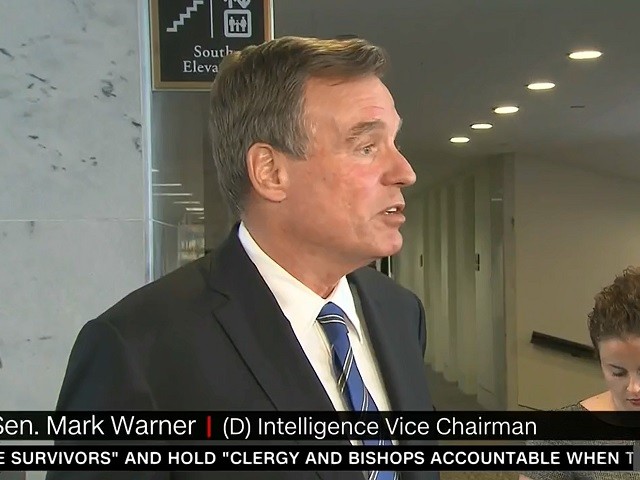 On Friday’s broadcast of CNN’s “Situation Room,” Senate Intelligence Committee Vice Chairman Mark Warner (D-VA) stated that it is “disturbing” when President Trump attacks the media, and the president’s words carry power beyond the U.S.. Warner added that he isn’t trying to draw a connection between Trump’s rhetoric and the killings of journalists in other countries or the disappearance of Washington Post writer Jamal Khashoggi.

Warner said, “[W]e have seen this pattern repeat itself in many countries in Europe and in the Middle East, where, in many ways, it’s almost open season on journalists who might disagree with their home country’s government, and those are disturbing traits. It’s disturbing traits when you have our own president call out the fake media, and fake news, and in many of his own rallies, in a sense, incent folks to take a fairly dim view of journalists. This is not the way our country was based. And frankly, as we’ve said all along, a president’s words have power and meaning that extend way beyond our shores.”

Anchor Wolf Blitzer then asked Warner, “Are you suggesting that when President Trump speaks of American journalists as the enemy of the American people, he’s sending a message to someone like the Saudi crown prince to go ahead and deal with their own critics in the press corps?”

Warner responded, “Wolf, I’m not connecting those dots. But I am making the case, and we’ve got — there’s plenty of evidence of this, if you look at — there was just recently, I believe a Bulgarian journalist killed in the last few days. The number of journalists killed in a number of regimes around the world is at — has gone up dramatically. And I think this notion that governments — civilized governments everywhere ought to be protecting all people’s rights, but particularly the rights of journalists to express their views, needs to be continued.”

Warner later added that US foreign policy has to continue to lead on a moral level.