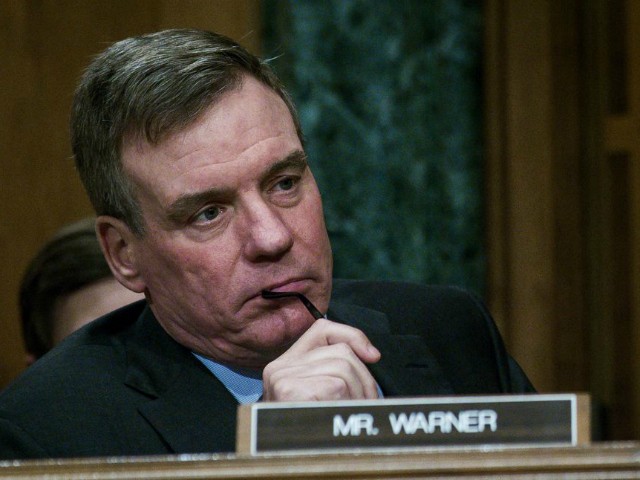 During Friday’s Democratic Weekly Address, Senate Intelligence Committee Vice Chairman Mark Warner (D-VA) stated that since Acting Attorney General Matthew Whitaker hasn’t recused himself from the Mueller investigation, “it is incumbent that the Congress pass the bipartisan legislation that’s already passed by the Senate Judiciary Committee that will protect the integrity of the special prosecutor’s investigation.”

“Hi, I’m Mark Warner, Senator from Virginia, and the Vice Chairman of the Senate Intelligence Committee.

On the Intelligence Committee, it is our job to ensure that our country, our people, and our values are protected against some of the most dangerous threats facing the United States.

At times, however, serious challenges to our democracy can come from right here at home.

Today, I want to talk about the president’s threats against the investigation led by Special Counsel Robert Mueller, and what the implications are for our country.

I know it can be easy to get lost in all of the details of this investigation. There have been so many concerning revelations that it can be truly overwhelming.

But let’s be crystal clear, this much we know: Russia attacked our democracy in 2016. And we have to get to the bottom of what happened, and make sure that no crimes were committed along the way.

My committee, the Senate Intelligence Committee, continues to conduct a bipartisan inquiry into what happened in 2016. And as important as that investigation is, only Special Counsel Mueller has the necessary independence, tools, and law enforcement authorities to pursue justice and prosecute criminal activity.

That investigation has already made significant progress exposing Russia’s assault on our democracy. The special counsel has already obtained six guilty pleas and over 30 indictments.

And that list of guilty pleas includes the campaign manager of the Trump campaign, the deputy campaign manager, a campaign foreign policy adviser, and the president’s former national security adviser.

Let’s be clear, this is no ‘witch hunt,’ as the president has falsely tried to claim. This is a methodical, professional, unbiased criminal investigation. And the special counsel must be permitted to continue doing his job, which is to quite honestly follow the facts until we get the whole truth.

Two weeks ago, when the president fired the attorney general, he also upended decades of precedent by going around the line of succession in the Justice Department and installing an acting attorney general whose primary qualification for the job seems to be that he has publicly criticized the Mueller investigation.

As acting attorney general, Matthew Whitaker has the power to shut down the investigation, to deny subpoena power, or starve it of the resources needed to get the job done. It appears that is why the president went around the line of succession at the Justice Department, and appointed Mr. Whitaker to the job.

No one in our country is above the law, including the president. And with the failure of Mr. Whitaker, the acting attorney general, to recuse himself from overseeing the Mueller investigation, it is incumbent that the Congress pass the bipartisan legislation that’s already passed by the Senate Judiciary Committee that will protect the integrity of the special prosecutor’s investigation.

Now more than ever all of Congress needs to stand firm in support of rule of law.