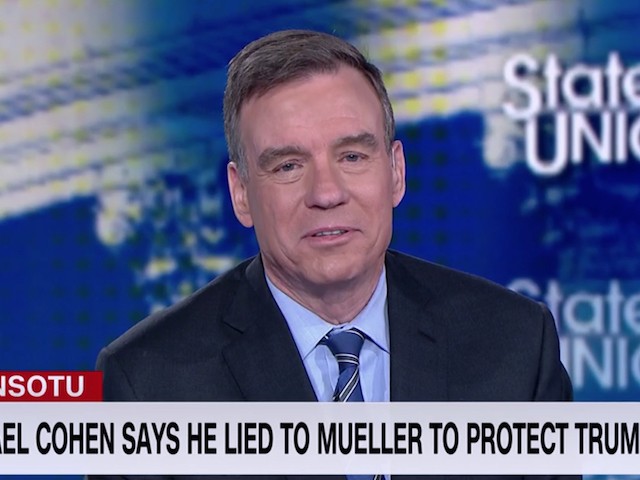 Sunday on CNN’s “State of the Union,” Sen. Mark Warner (D-VA) said Republican voters would have thought then-candidate Donald Trump’s potential deal for a Trump Tower in Moscow was “a relevant fact.”

Warner said, “What I find with the revelation of Cohen’s plea, he is saying he lied to protect then candidate’s Trump’s stories that he had nothing to do with Russia. The president seems to be changing his story already saying it’s all legal.”

He continued, “I believe most Republicans about to nominate Donald Trump in the summer of ‘16 would probably have thought it was a relevant fact, they would have liked to have known that then-candidate Trump was still trying to do business with Russia.”