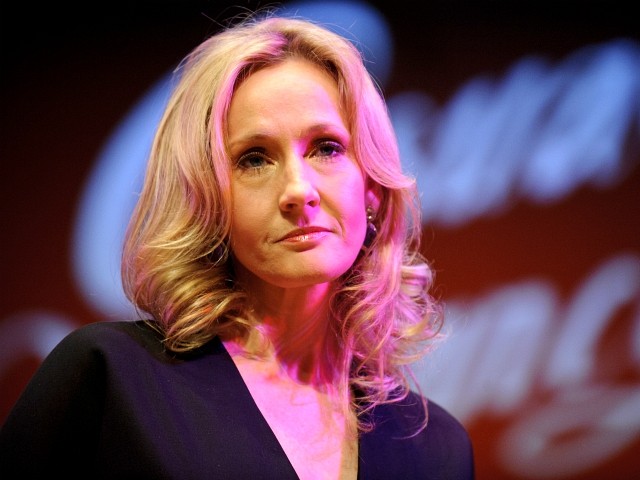 The film studios behind the Harry Potter franchise, Warner Bros., has weighed in on comments made by author J.K. Rowling that biological sex is a real thing and must be respected for the sake of women’s rights.

On Saturday, Rowling reaffirmed her stance that one’s biological sex matters and can never be viewed as a social construct.

If sex isn’t real, there’s no same-sex attraction. If sex isn’t real, the lived reality of women globally is erased. I know and love trans people, but erasing the concept of sex removes the ability of many to meaningfully discuss their lives. It isn’t hate to speak the truth…The idea that women like me, who’ve been empathetic to trans people for decades, feeling kinship because they’re vulnerable in the same way as women — ie, to male violence — ‘hate’ trans people because they think sex is real and has lived consequences — is a nonsense.

Amid pressure to respond to her comments, the media conglomerate said in a statement that “events in the last several weeks have firmed our resolve as a company to confront difficult societal issues,” a presumed reference to the nationwide riots that have rocked America following the death of George Floyd in police custody. However, they did not mention Rowling by name.

Warner Bros.’ position on inclusiveness is well established, and fostering a diverse and inclusive culture has never been more important to our company and to our audiences around the world. We deeply value the work of our storytellers who give so much of themselves in sharing their creations with us all. We recognize our responsibility to foster empathy and advocate understanding of all communities and all people, particularly those we work with and those we reach through our content.

On Thursday, Rowling refused to back down from the argument, citing her own experiences as a female victim of domestic abuse in a heartfelt essay.

If you could come inside my head and understand what I feel when I read about a trans woman dying at the hands of a violent man, you’d find solidarity and kinship. I have a visceral sense of the terror in which those trans women will have spent their last seconds on earth, because I too have known moments of blind fear when I realised that the only thing keeping me alive was the shaky self-restraint of my attacker,” said Rowling.

I refuse to bow down to a movement that I believe is doing demonstrable harm in seeking to erode ‘woman’ as a political and biological class and offering cover to predators like few before it. I stand alongside the brave women and men, gay, straight and trans, who’re standing up for freedom of speech and thought, and for the rights and safety of some of the most vulnerable in our society: young gay kids, fragile teenagers, and women who’re reliant on and wish to retain their single sex spaces.

The 54-year-old bestselling author has faced criticism from many of the biggest stars of her films, including Daniel Radcliffe, Emma Watson, and Eddie Redmayne.

“I disagree with Jo’s comments,” said Redmayne, who played the role of the world’s first transgender woman in the 2015 film The Danish Girl. “Trans women are women, trans men are men and non-binary identities are valid.”

“Transgender women are women,” added Radcliffe in a statement earlier this week. “Any statement to the contrary erases the identity and dignity of transgender people and goes against all advice given by professional health care associations, who have far more expertise on this subject matter than either Jo or I.”