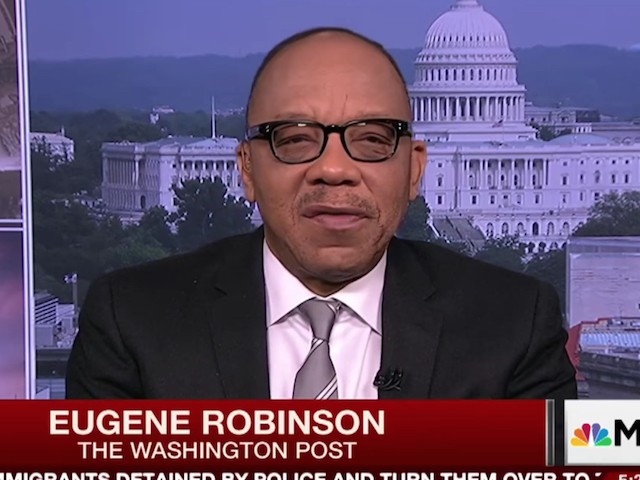 On Trump’s statement, Robinson said, “It was, you know, breathtaking, not in a good way. It was the most explicit sort of abandonment of our traditional foreign policy stance. You mentioned values and principles. He has none, and he, you know, under him, American foreign policy apparently has none.”

He continued, “The worst thing about that statement, the worst thing about it was that he just sort of backhandedly libels and slurs and defames Jamal Khashoggi, a contributing columnist for the Washington Post, by saying that, ‘Well, you know, some in the Saudi government say he was, you know, an Islamist and he was in the Muslim Brotherhood. I’m not saying that. I’m just saying that is not affecting my decision. It’s actually a rhetorical device called paralipsis. I’m not saying what I’m saying. It was just vile on every level.”

He added, “His enunciation of U.S. foreign policy as he sees it is totally amoral. It’s just money. The Saudis, he claims, are going to spend $450 billion. That’s a lie, it’s not true—or $110 billion in arms sales, not true. But that’s the basis on which he justifies this. Oh, well, maybe he did it, maybe he didn’t, but they’re going to give us a bunch of money.”