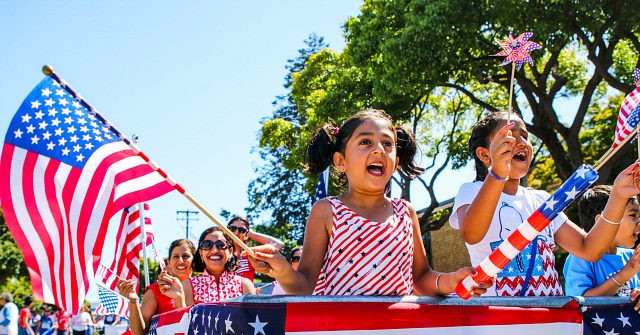 Just in time for the Fourth of July, the credit and financial website WalletHub is reporting on the most patriotic states in America and found overall that “red states” are more patriotic than “blue states.”

“Expressions of American patriotism come in many forms — from setting off fireworks during the Fourth of July and buying American-made goods to paying taxes and serving in the armed forces,” WalletHub wrote of its study. “But some states are better than others at showing their national pride.”

WalletHub compared all of 50 states based on 13 key indicators of patriotism, including how many in each state are enlisted in the military, who voted in the 2016 presidential election, and who volunteered with large volunteer organizations like AmeriCorps.

But while conservative states won out over leftist states for patriotism, the individual states that are most patriotic based on WalletHub’s metrics are more counterintuitive.

The states ranking at the bottom of the list for patriotism — 46 to 50 — are, in order, Texas, West Virginia, California, New York, and New Jersey.

Some other statistics from the study include:

You can view the full report here: