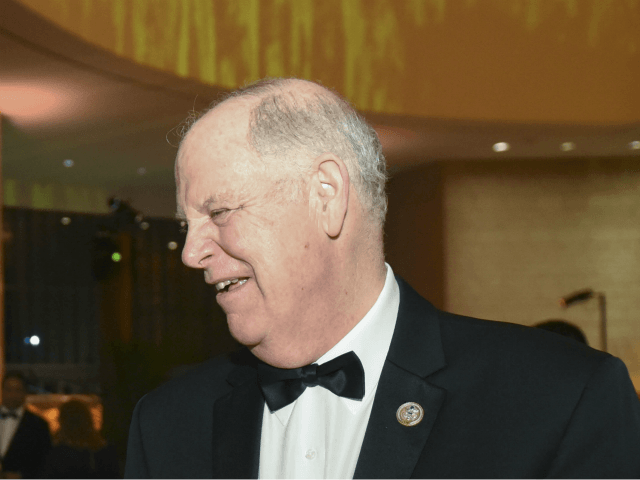 Rep. Tom O’Halleran (D-AZ), a vulnerable Democrat seeking re-election in Arizona’s first congressional district in 2018, bucked his party’s leadership in public commentary on Monday evening in a television interview where he criticized Democrats for going “too far” with their opposition to now Supreme Court Justice Brett Kavanaugh.

Speaking about Kavanaugh, O’Halleran said his party “went a little bit too far.”

“The Democrats I thought went a little bit too far,” O’Halleran said. “We’re supposed to ask probing questions. I don’t like it — I never did like it — when people got up there and pontificated time and time again about their position. This is supposed to be about a discussion back and forth between you and the nominee.”

O’Halleran is one of the Democrats from swing districts in the country that House Minority Leader Nancy Pelosi is counting on to retake the Speaker’s gavel in November’s midterm elections, and scant polling on this race shows his Republican challenger Air Force veteran Wendy Rogers a few points ahead of him. O’Halleran is an ally of Pelosi, and voted for her to remain as Majority Leader at the beginning of this Congress when he first won his election, per a local news report at the time:

While he voted for Pelosi, O’Halleran said it was evident at the meeting that the caucus was ready for a change and for leadership to be more responsive to members.

“The underlying agreement was that there’s a need to change some of the ways we’ve been dealing with the caucus,” he said.

So, for O’Halleran to now come out against his party–Pelosi was just as vicious to Kavanaugh as Senate Democrats were–on this matter shows yet again just how deeply negative the effect of fierce Kavnaaugh opposition has been on Democrats as they seek to take the House majority away from Republicans for the first time since the 2010 midterm elections.

Holding this very rural Arizona district is critical to Democrats’ chances in November. If they are going to take the net 24 seats they need to claim from Republicans, they cannot afford to lose districts like this one in November. There are precious few GOP pickup opportunities in the country. Others exist in places like Minnesota, Nevada, and Pennsylvania, but for the handful of GOP opportunities to take seats away from Democrats there are dozens of opportunities for Democrats to take seats from Republicans.

Rogers, O’Halleran’s GOP opponent, appeared on Breitbart News Saturday this weekend, breaking down just how radical O’Halleran is–and the stakes at play in this election.

“My opponent—a first-term incumbent—has gone along with the liberal agenda. He voted against the tax cut, he would most assuredly vote for impeachment of our president. He tries to cast himself as moderate, but he’s anything but,” Rogers said.

“He actually—I don’t even know how you do this—he started off as a Republican, then became an Independent, and now he’s a Democrat,” Rogers added. “He’s all over the map, trying to be all things to all people.”

Rogers continued by noting this district may define the House majority–and she concluded by noting that what happened with regard to Kavanaugh is on the ballot this year.

“Our entire nation is hanging by the slender thread that runs through the House of Representatives, is the way I look at it, and the way all of my voters look at it,” Rogers said. “The feeling in my district is that we are at a pivot point, that the future of the country rests on whether or not our president is going to remain president. I tell people, we have the Supreme Court, we have the Senate, we have the presidency, but if we don’t hold the House, we are in for a just—a complete devolution and degradation of due process because of exactly what was on display this past week.”