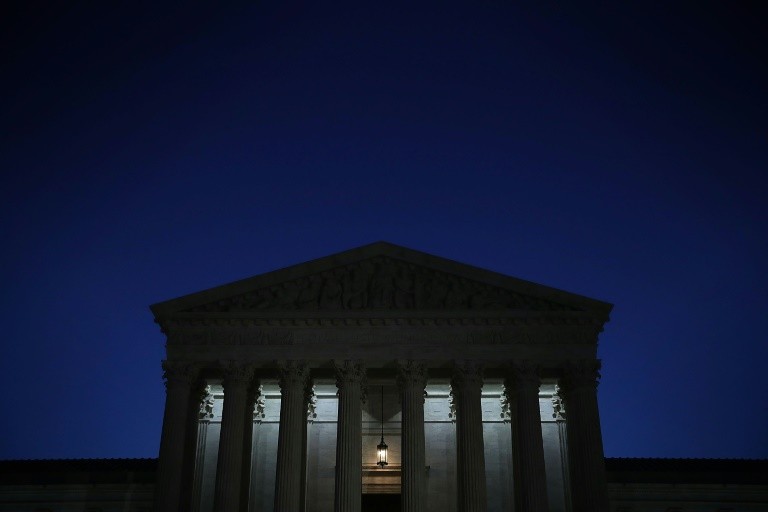 Mark Tushnet, an avowed socialist and Harvard Law School professor, made waves Friday when left-wing news site Vox published an interview wherein he agrees with calls for the Supreme Court in its current form to be done away with.

Following Justice Brett Kavanaugh taking a seat on the Supreme Court bench over the most strenuous of objections from the left — including a weeks-long effort to derail his confirmation with still-entirely uncorroborated accusations of sexual misconduct as a teenager — Vox’s Sean Illing interviewed Tushnet, the venerable leftist law professor, on the future of the high court.

Illing frames the story in light of Kavanaugh’s confirmation having allegedly inappropriately politicized the Supreme Court. Tushnet, however, has a long history of advocating the raw, unrestrained power of the Court be used against conservatives, whom he calls the “losers in the culture wars” who should be treated as Nazi Germany and Imperial Japan were after the Second World War.

“[T]he recent disaster that was the Brett Kavanaugh confirmation has further delegitimized the Court in the public’s mind,” Illing writes. “So it’s perfectly reasonable to ask if we should abolish the Supreme Court, or at the very least strip the Court of its ability to overturn laws that it rules unconstitutional.”

Tushnet, asked if he approves of abolishing the Supreme Court’s historical role of enforcing the dictates of the U.S. Constitution against the naked democratic will of Congress, responds, “Yeah, I do.”

Tushnet explains that he favors a “dialogic approach,” in which “in some cases, the legislature will just say, ‘We understand your reasons, but we disagree with them, and we’re going to go forward with the policy anyway.’”

To support this position, he cites Judge Robert Bork, the conservative Ronald Reagan Supreme Court nominee the unprecedentedly vicious campaign against whom created the modern era of contentious, partisan confirmation processes in 1987.

“And it’s worth noting that even very conservative legal scholars like Robert Bork have proposed this sort of system, which suggests this is something people across the ideological spectrum could get behind,” Tushnet tells Vox. “And I’ve felt this way for my entire career, regardless of the ideological makeup of the Supreme Court.”

In 1989, Tushnet defended Senate Democrats’ treatment of Bork at length. “[T]he Constitution authorizes a senator to act solely with reference to political concerns,” he wrote in the Michigan Law Review, opposing “Judge Bork’s supporters who claimed that the political process was insufficiently respectful of constitutional norms.”

Tushnet reiterated those views in the context of Justice Samuel Alito’s nomination in 2006.

In May 2016, President Barack Obama had had nearly eight years of judicial appointments and prevailing opinion held that Hillary Clinton was nearly certain to make the next several Supreme Court nominations. With that backdrop, Tushnet presented his recommendations for the judiciary in a far less conciliatory and pan-ideological light.

In a blog post titled, “Abandoning Defensive Crouch Liberal Constitutionalism,” Tushnet made clear that, with another four years of judicial appointments and, presumably a majority on the Supreme Court, liberals should “aggressively” use the power of the courts to overturn decades of law they disagree with and remake the country’s entire legal doctrine without regard to conservatives’ objections or norms of restraint.

“Right now more than half of the judges sitting on the courts of appeals were appointed by Democratic presidents,” Tushnet wrote as he looked forward to the first unequivocally liberal Supreme Court in decades. “And, those judges no longer have to be worried about reversal by the Supreme Court if they take aggressively liberal positions.”

Tushnet did not mince words about what he meant.

“Liberals should be compiling lists of cases to be overruled at the first opportunity,” he wrote, listing a series of his own picks, the overturning of which would allow explicit discrimination against whites and simple racial quotas at universities and the workplace, require the overturning of most restrictions on abortion, and allow much broader restrictions on donations and support for political campaigns.

“What matters is that overruling key cases also means that a rather large body of doctrine will have to be built from the ground up. Thinking about what that doctrine should look like is important – more important than trying to maneuver to liberal goals through the narrow paths the bad precedents seem to leave open,” Tushnet went on the write.

As Tushnet saw it, conservatives started the “culture wars” and they “are over; [conservatives] lost, we won.” Consequently, he explained:

My own judgment is that taking a hard line (“You lost, live with it”) is better than trying to accommodate the losers, who – remember – defended, and are defending, positions that liberals regard as having no normative pull at all. Trying to be nice to the losers didn’t work well after the Civil War, nor after Brown. (And taking a hard line seemed to work reasonably well in Germany and Japan after 1945.)

The blog post made no effort to conceal that Tushnet’s goal is for the courts’ decisions to affect the political process to the detriment of conservatives. “Remember that doctrine is a way to empower our allies and weaken theirs,” he writes. (Emphasis original.)