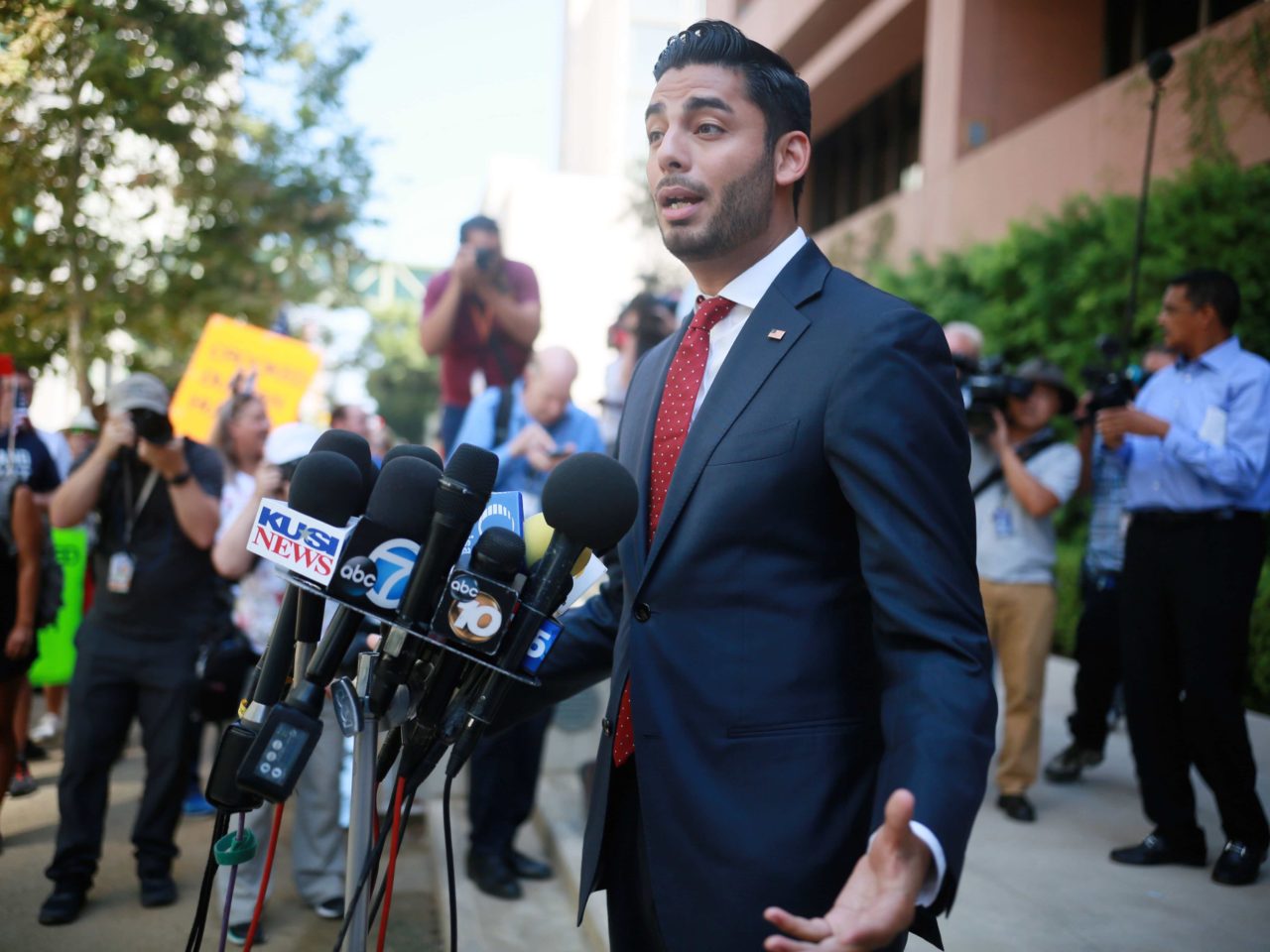 Vox.com, the website whose purported mission is to help readers “understand the news,” has defended Democrat Ammar Campa-Najjar from attacks by Rep. Duncan Hunter (R-CA) by calling the voters of the district racists.

Campa-Najjar is challenging Hunter in the 50h district of California, which stretches east and northeast of San Diego, from the suburbs to the desert. The district is traditionally Republican, but has become more competitive since Hunter and his wife were indicted for alleged misuse of campaign funds.

Campa-Najjar, however, has far left-wing policies and is the grandson of a Palestinian terrorist whom he once called a “legend” and a “public servant” (though he condemns his actions now). He also changed his name during the election, and took donations from a Palestinian ambassador and leaders of a radical Muslim group, CAIR,* to which his campaign also donated money.

Hunter, who protests his innocence, has seized the opportunity, calling Campa-Najjar a “security risk” and running a controversial ad accusing him of attempting to “infiltrate” the government. That has drawn criticism from a wide array of local and national media outlets.

Vox’s Tara Golshan, in defending Campa-Najjar, writes that Hunter is using “the same kind of race-baiting Republicans have retreated to over and over again when they feel under siege.”

She adds: “This is the part of California where you see Confederate flags, and where many people only socialize with people who look like them.”

Golshan, whose bio describes her as “born and raised in Northern California,” cites no evidence for this claim, other than, “Volunteers for Campa-Najjar’s campaign will tell you they find themselves explaining that their candidate disavows terrorism.” — as one might expect, given Campa-Najjar’s background, his curious name changes, and his refusal to return money from CAIR or a Palestinian diplomat.

Somehow, the irony of stereotyping hundreds of thousands of people as racists — whose only crime is living inland from Southern California’s wealthy coastal communities — while accusing Duncan Hunter of racism, is lost on Vox.

*As Breitbart News has noted: “In 2007-8, CAIR was named an unindicted co-conspirator in the terror financing trial of the Holy Land Foundation for Relief and Development. That case, in turn, led the FBI to discontinue its work with the organization. In 2009, a federal judge ruled that the government “produced ample evidence to establish” the ties of CAIR with Hamas, the Palestinian terror organization. The United Arab Emirates labeledCAIR a terrorist organization in 2014 (a decision that the Obama administration opposed).”