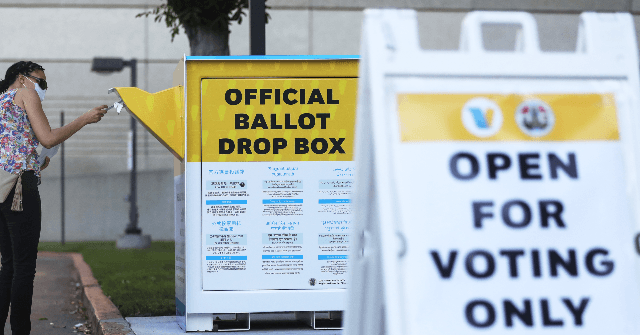 A vote-by-mail drop-off box for ballots was set on fire on Sunday night in the Los Angeles suburb of Baldwin Park, destroying many completed ballots before firefighters could put out the fire.

Firefighters say they found a burning newspaper that was tossed intentionally into the ballot box, KABC reported.

Firefighters inserted a hose into the burning ballot box to extinguish the flames, then sliced open the box and removed dozens of charred and soaked ballots.

The Los Angeles County Registrar’s office said that it would notify the affected voters “and will ensure they can exercise their fundamental right to vote.”

At the time of the fire, the last time the ballots were collected from the box was nearly 36 hours ago. The registrar’s office said it would “immediately” increase ballot box pickups “at all other boxes.”

The Los Angeles Police Department is investigating, as well as the FBI and the attorney general.