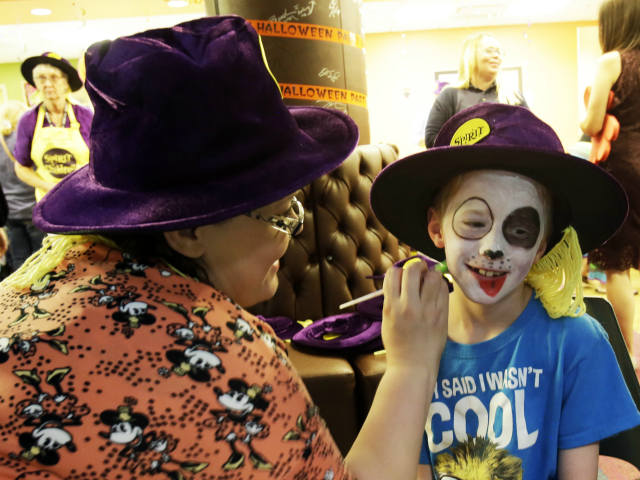 Several major cities in Virginia are threatening to jail young teens for trick-or-treating past 8:00 p.m. on Halloween this year.

Several cities in Virginia have adopted strict punishments for young teens who dare to trick-or-treat past 8:00 p.m. on Halloween. In Chesapeake, Virginia, for example, 12-years-olds face up to six months in prison if they ask their neighbors for candy past 8:00 p.m. The statute, which is printed below in its entirety, has inspired neighboring cities to adopt similar policies.

If any person over the age of 12 years shall engage in the activity commonly known as “trick or treat” or any other activity of similar character or nature under any name whatsoever, he or she shall be guilty of a misdemeanor and shall be punished by a fine of not less than $25.00 nor more than $100.00 or by confinement in jail for not more than six months or both.

In a blog post, the ACLU argued that the trick-or-treating restriction may actually constitute a First Amendment violation because the tradition is so closely linked with social engagement.

Reasonable policies that do not unduly burden the movement and expression of each person should be more than wishful thinking. If restrictions on trick-or-treating are deemed reasonable, what type of speech or expression will be sanctioned next? Laws that unnecessarily restrict an individual’s communication and social engagement are antithetical to the First Amendment because they interfere with an individual’s right to freely communicate without fear of retaliation, censorship, or sanction. The historical importance of door-to-door canvassing as a vehicle for the dissemination of ideas was recognized by the Supreme Court in 1939…Furthermore, restrictions imposed upon protected speech must be reasonable in time, place, as well as “narrowly tailored to serve a significant governmental interest.” Such laws must also be content-neutral, without “distinguish[ing] between favored and disfavored solicitation… regardless of the solicitor’s purpose or the content of the solicitor’s speech.” Local ordinances that prohibit trick-or-treating, or soliciting, on Halloween would not likely pass muster under this rigorous constitutional standard. Yet, residents either remain unaware of potential criminal sanctions or celebrate Halloween in fear of punishment.

Many critics of these new policies argue that criminalize behavior that is totally acceptable. Despite this, more towns around the country have adopted similar curfews. For example, Cherry Hill, New Jersey has a 7 P.M. curfew for trick-or-treaters. However, this curfew is merely a suggestion and children face no predefined penalties for violations.