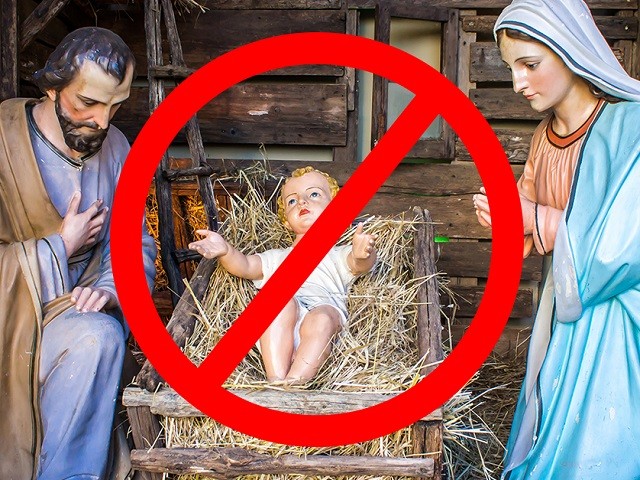 To celebrate the birthday of Jesus Christ, the Robious Middle School in Midlothian, Virginia, has banned any Christmas carols that mention the name of Jesus.

School administrators reportedly explained they had made the decision to “avoid singing anything of a direct sacred nature” in order to be “more sensitive to the increasing diverse population at the school.”

David Allen, the father of a student at Robious Middle School, has expressed his concern over the exclusion of Jesus from Christmas songs to be performed at school Christmas concerts.

Allen said students were forbidden from singing a particular carol “because the word Jesus was in there and apparently someone assumed it was of a sacred nature.”

According to Allen, it seems as if “everywhere you look everyone’s afraid of stepping on someone’s toes or everything is being so sensitive.”

In an email exchange with Allen, the school’s choir director said that the Jesus ban stems from problems experienced by students.

“We had a few students who weren’t comfortable singing a piece I have done many times in the past, but it is of a sacred nature and does mention Jesus,” the choir director wrote.

While this exchange was going on, Allen said he had received a “diversity notice” from the school explaining their commitment to diversity and inclusion, which struck him as paradoxical.

“I’m trying to rationalize how you can encourage diversity and yet be exclusionary in one specific area,” Allen remarked.

Attorney Michael Berry of First Liberty Institute wrote a letter to the Chesterfield County School District, of which Robious Middle School is a part, explaining that that, legally, public schools have no reason to ban Jesus from Christmas concerts or other celebrations.

“Federal courts have upheld the constitutionality of public school holiday programs that include the use of religious music, art, or drama,” Berry wrote, “so long as the material is presented in an objective manner ‘as a traditional part of the cultural and religious heritage of the particular holiday.’”

There has been considerable controversy in past years regarding the placement of Christmas nativity scenes, the use of religious imagery, and even the appropriate choice of Christmas greetings.

As part of his campaign for the presidency, Donald Trump told voters that he would bring back “Merry Christmas” in place of the more generic “Happy Holidays.”

“The Christmas Story begins 2,000 years ago with a mother, a father, their baby son and the most extraordinary gift of all—the gift of God’s love for all of humanity,” Trump tweeted. “Whatever our beliefs, we know that the birth of Jesus Christ and the story of his life…”

“Melania and I are full of joy at the start of this very blessed season,” Trump said, “the celebration of the birth of our Lord and Savior, Jesus Christ.”

In 2016, a Washington DC-based research group found that Democrats overwhelmingly favor the more politically correct expressions of “Happy Holidays” or “Seasons Greetings” over the religiously charged “Merry Christmas” that acknowledges the reason for the festivities.