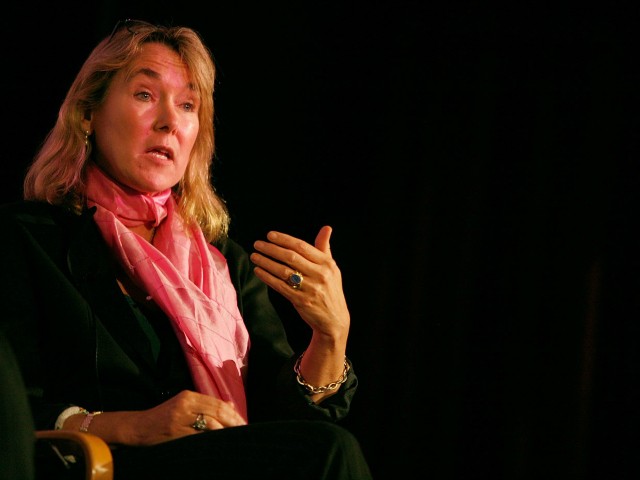 Cockburn boasted to the Daily Beast last year that she had dinner with Saddam Hussein’s sons whom the article called “sadistic, homicidal sons.” The Washington Post highlighted her tea with Libyan dictator Muammar Qaddafi, facts highlighted in the ad.

A New York Times review of her 1991 book Dangerous Liaison, coauthored with her husband, described it as “largely dedicated to Israel-bashing for its own sake.”

“Cockburn even supported giving Iran $100 billion,” the ad continues. “Leslie Cockburn is out of touch and out to lunch.”

“Leslie Cockburn is out of touch with the voters of VA-5. Her book is often cited by anti-Semitic hate groups to bolster their claim that Jews have too much control in our country,” said RJC executive director Matt Brooks. “Her radical agenda for the economy, health care, and foreign policy are far outside the mainstream, especially in the largely rural and Republican communities in central and southwest Virginia.”

Cockburn is running for the congressional seat Republican Rep. Thomas Garrett Jr. has held, representing rural Virginia’s 5th District in the U.S. House of Representatives. In May, he announced he was an alcoholic and would not seek re-election. She is facing off against Republican Denver Riggleman. While Riggleman enjoys a Republican registration advantage, Cockburn has been piling up campaign funds. NBC 29 reported that Cockburn raised $1.1 million in the third quarter to Riggleman’s $685,000.