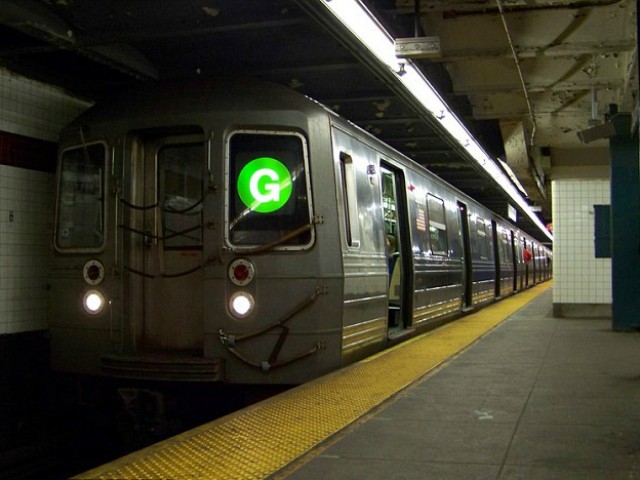 Police are investigating after a woman was assaulted and robbed inside a Manhattan subway station on Sunday, according to officials.

Authorities told PIX11, “The woman, 23, was walking toward the exit of the L train station at East 14th Street and First Avenue just before 6 p.m. when an unidentified man approached her from behind.”

Surveillance footage showed the suspect punch the woman in her head, causing her to fall down:

He was seen walking away with her blue backpack which held an Apple MacBook Air laptop, and her debit and credit cards, police said.

The woman suffered swelling but refused any medical treatment, according to WLNY.

Authorities described the suspect as a man in his 30s with facial hair, standing about five feet, five inches tall, and weighing about 200 pounds.

He wore a black winter hat, a light-colored scarf, a red and black coat, blue shorts, and blue sandals.

Citizens with information regarding the suspect were asked to contact the New York City Police Department’s (NYPD) Crime Stoppers hotline at 1-800-577-TIPS (8477) or submit a tip through their website or Twitter profile.

“The department says in the 28-day period from March 8 to April 4, there’s been a 95% jump in shootings compared to the same time period last year. Homicides have gone up 60%. There has also been a 54% increase in rapes,” the outlet said.

The shootings reportedly resulted in 50 victims.

“There were 12 shootings with 14 victims during the same week in 2020. The New York Police Department showed 376 shootings in the city so far this year, with 416 victims,” the outlet concluded.